Can Africa enter the metaverse? 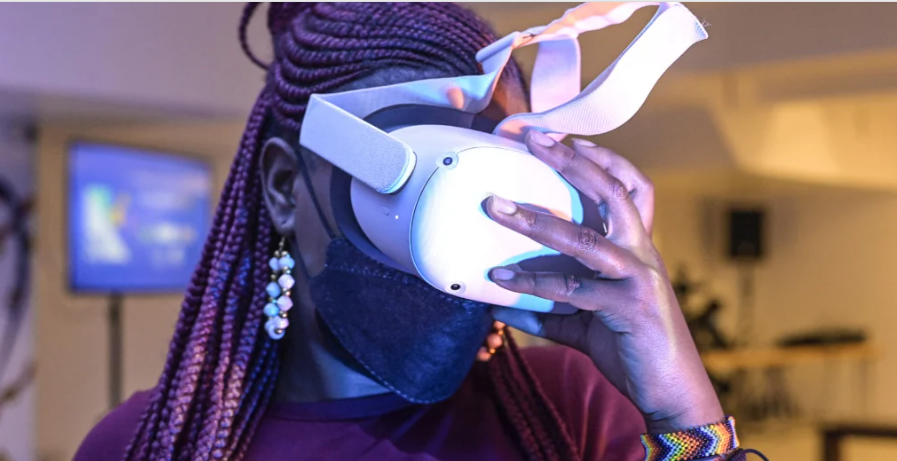 As much of the world stayed indoors during the pandemic, there was still somewhere to get dressed up, buy land, and take trips to distant locations. But instead of walking into a shop, meeting an agent or getting on a plane, all this could be done from the comfort of a home. Through the portal of a virtual reality (VR) headset, users can enter the metaverse, a virtual universe made up of different worlds that could have a trillion dollar real world economic impact.

Analysts are predicting the metaverse could be the next incarnation of the internet, with extended reality (XR) technologies like VR and augmented reality (AR) – which merges the digital and physical world – providing an immersive consumer experience.

Tech giants focus on the metaverse

For its sceptics, the metaverse is a vague concept that muddles our understanding of existing technologies, or a bluff that’s as likely to become reality as the science-fiction novel Snow Crash, which coined the term. A future defined by participation in the digital realm seems even more out of reach in sub-Saharan Africa, where, despite vast improvements, just 28% of the population was connected to the internet by the end of 2020, according to GSMA.

Yet the tech giants are taking the metaverse very seriously. Facebook rebranded itself to Meta last Octo­ber, to reflect its ambitions in the metaverse, and announced 10,000 hires in a new $10bn metaverse division tasked with creating XR hardware, software and content.

In January, Apple’s share price jumped 8% on the same day that CEO Tim Cook announced his firm was investing in the concept. Brands, banks and musicians are all planning their futures in the metaverse, and JPMorgan Chase predicts the concept could eventually realise $1 trillion in yearly revenues.

“The metaverse will take time to develop as its boundaries have not yet been clearly defined,” says Rupantar Guha, project manager for thematic research at GlobalData. “But if the big tech companies succeed, the metaverse will represent a new iteration of the internet, where users will flip through virtual worlds instead of apps and tabs on internet browsers.”

Experts believe the concept will emerge over time as new hardware technologies come to market to enhance the virtual realm, including improvements to graphics, sensors and visual aids. Metaverse users create parallel digital identities through avatars, and can socialise, work, game and shop using crypto­currencies.