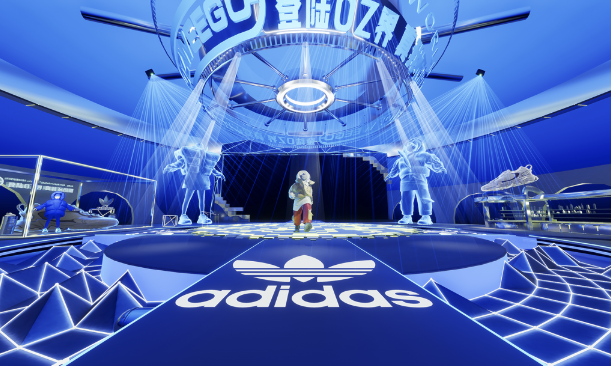 It’s common knowledge that China’s metaverse operates on many unique characteristics and follows a distinct development trajectory from that of the rest of the world. The “Chinaverse,” as it’s sometimes called, largely runs on consortium blockchains developed by Chinese tech giants, and NFT resale, flipping and speculation are banned there, as is most cryptocurrency trading.  However, in recent weeks, China has been emphasizing a relatively new metaverse concept: “use the virtual to enhance the real, use the virtual to strengthen the real” 以虚促实，以虚强实. This suggests that the official Chinese approach to the metaverse will work totally differently to how the metaverse is applied in the rest of the world.  Global metaverses pivot towards gamification, but what does the Chinaverse serve? The global metaverse has evolved to be entertainment-heavy and undoubtedly the new darling for luxury houses as they leverage Web3 technologies to collaborate, build, and gamify with a world-wide community. For example, at the latest New York Fashion Week, multiple renowned brands and designers showcased their upcoming collections that incorporate heavy metaverse and blockchain components, as did those at the London, Milan and Paris iterations. While China’s metaverse is increasingly important for global brands as well — demonstrated by Dior’s recent Spring 2023 ready-to-wear show in the virtual space Meta Ziwu — its primary objective is to advance China’s real life economy, especially its industrial prowess. The “use the virtual to enhance the real, use the virtual to strengthen the real” phrase was first mentioned this March by Zhang Ying, Assistant Director of Shanghai’s Economic and Information Technology Commission and a Chinese People’s Political Consultative Conference member. She warned about the risks of speculative investment in the the country’s metaverse as a result of its overemphasis on entertainment. Since then, multiple experts have repeated the phrase.  For example, at the 2022 World Metaverse Conference hosted in Beijing this August, Li Bohui, a Chinese Academy of Engineering member, mentioned the phrase and praised that the industrial metaverse will integrate the development of the digital and real economy in China. Also in August, Shanghai established the “Metaverse and Virtual-Reality Interchange and Interconnection Research Institute” 元宇宙与虚实交互联合研究院, which claims tech giants like Huawei and Tencent as members and whose core mission is to “use the virtual to strengthen the real.” In September, the same wording appeared in the title of a Xinhua op-ed, which calls for removing the “fake bubbles” and achieving “real development progress” through the metaverse.