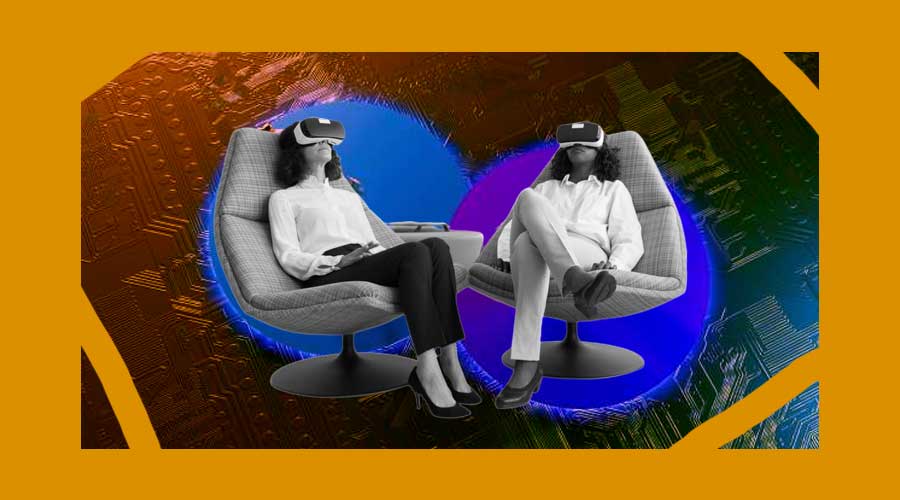 CES 2023 finally kicks off next week in Las Vegas, shining a spotlight on the consumer electronics industry and bringing renewed attention to the growing influence of digital health, Metaverse, and Web3. Forced by the pandemic to go virtual in 2021 and hybrid last year, thousands of show-goers are hoping for a return to packed halls and rapid-fire deal-making that were long the hallmark of the annual gadget extravaganza.

Every year, tech professionals from around the world make the pilgrimage to Las Vegas to test the latest technology and to learn about the newest tech innovations impacting home, automotive, beauty, health, gaming, and more. It is a fantastic fascinating experience with most of us feeling like kids in a candy store. Last year, it was funny to see how many times exhibitors included the word Metaverse, in their booths. This even lead to an XR professional’s Twitter thread going viral after he walked around the show citing every mention of the word and the results were overwhelming! Despite everything tech has weathered last year, CES 2023 will showcase digital health, Metaverse, and Web3 to center stage. This time in the Las Vegas Convention Center’s (LVCC) Central Hall.

In a recent episode of the CES Tech Talk podcast, Kinsey Fabrizio, the Consumer Technology Association’s Senior Vice President of Membership and CES Sales, shared what to expect at CES 2023. She stated that there will be a part of the show dedicated to gaming, the Metaverse, and Web3 in Central Hall. She revealed that it’s going to be a really exciting part of the show floor with CoinDesk’s Web3 studio being located in Central Hall. The studio will interview influential Web3 voices, and also cover the latest news and trends in crypto and blockchain news at the show. Central Hall, for CES newbies, is what many think of as traditional CES. It is the area of the LVCC were some of the biggest exhibitors tend to make an appearance. With Coindesk’s Web3 Studio located in the LVCC Central Hall, it will be a focal point of Web3, the Metaverse, and blockchain at CES. CoinDesk will host industry leaders and visionaries as they discuss the most impactful developments that have occurred across industries, technologies, and capabilities.