Employers see promise in a metaverse workplace. Employees are a little more skeptical 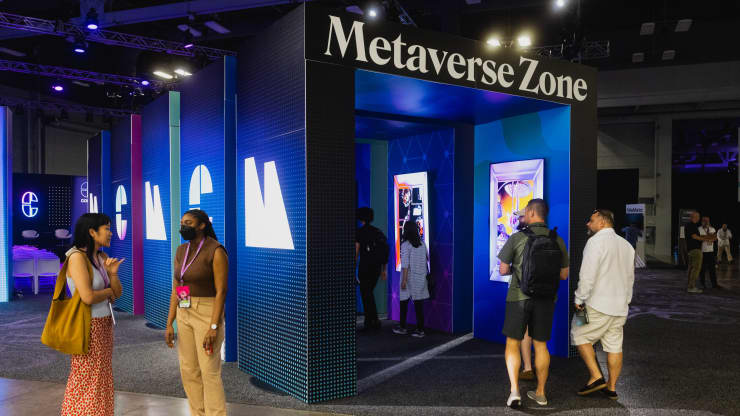 Tech’s biggest companies are staking their claim in the metaverse. Is that a sound bet?

It’s been nine months since Facebook renamed itself Meta and since then, the economy has been going through the pains of a slowdown with tech layoffs and the back-and-forth debate of whether we’re in a recession or not. Friday’s jobs report showed that 528,000 jobs were added in July, well above the 258,000 expected, yet layoffs and hiring slowdowns were the topics of conversation on tech earnings calls over the past week.

None of this has seemingly dampened plans by Meta, Apple, Google, and Microsoft to move ahead into the metaverse. Each is making investments in hardware and staffing that signal their bullishness for the potential of the internet’s next big frontier.

Last week, CNBC’s Julia Boorstin joined Squawk Box to discuss just how much these tech giants are spending, and to break down what success might look like. The Today show is also exploring the metaverse, and kicked off its coverage with Meta vice president Vishal Shah providing a tour of the virtual games and concerts we’ll be able to attend in this new, immersive world.