Enter The Metaverse: Our Future Steered By The Techies 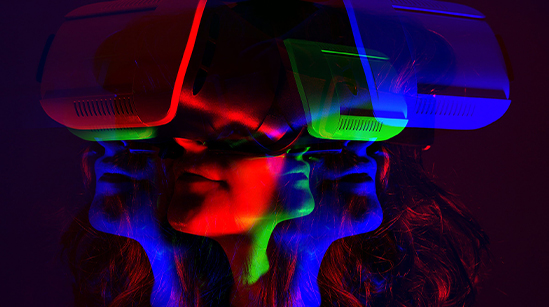 People have always dreamed about mixed realities based on their creative imagination and thoughts. The latest inventions have made their dream come true. With the inception of artificial intelligence (AI) and virtual reality, people are not only able to interact virtually but experience artificially-generated virtual worlds, called the Metaverse.

Neal Stephenson coined the term Metaverse in his 1992 novel Snow Crash. Ever since many tech giants have invested billions of dollars in this futuristic technology.

This immersive virtual world concept has unimaginable social and financial potential. It is an artificially-created cyberspace, backed by virtual reality, where people can tap into the wider social economy to exchange virtual items for real value.

Real-World Examples of Tech Giants Inspired by the Metaverse

Here’s a look at some real-world examples from Metaverse and latest developments made by top tech giants:

Google: Although Google Glass failed to be a success, Google won’t miss the Metaverse opportunity. In an interview with CNBC, former Google CEO Eric Schmidt said, “I look forward to excellent innovation in the Metaverse” and “I’ve been waiting for about thirty years… As to whether Facebook will build that, I don’t know”. This reflects the company’s huge inclination towards introducing new developments and inventions in the Metaverse.

Microsoft: It has has a more business-centric approach towards the Metaverse, and started by introducing workspaces, VR headsets, avatars etc. It is still in the quest to win the crown by becoming an industry leader. It offers Mesh which is a high-end technology that allows users to make use of virtual reality through avatars and interacting with each other virtually. Mesh is compatible with HoloLens 2, VR headsets, mobile devices, and desktops with any Mesh-enabled app.

Meta: Meta recently rebranded from Facebook with a primary focus to reflect its increased inclination towards the Metaverse. The company is spending a huge sum of money on this idea with a firm belief that it will soon introduce a whole new virtual world to everyone using its platform. According to the New York Times, the company’s quarterly profits dropped by 8 percent and spent $10 billion on the Metaverse in 2021. It is also noticeable that Meta acquired VR Hardware company Oculus and also launched ‘Horizon Workrooms’ which is a VR Remote Work Collaboration App.

AWS: While Meta, Microsoft and the many other giants are working on VR, AR and AI startups in the quest to become the leaders, a lot more needs to be done to deal with at the infrastructure and networking end. That’s exactly where modern cloud services giants like AWS become worth mentioning. Recently it was revealed that Meta (Facebook) considered AWS as its “long-term strategic cloud provider to partner on allowing AWS customers to experience Facebook’s Pytorch machine-learning framework and many other futuristic plans”.

NVIDIA: NVIDIA is the epitome of the digital graphics industry, and ranks on top of all for sourcing the world with high-end video hardware to the computing and mobile segment. One of its latest offerings, “Omniverse”, is a real-time simulation technology built for those who want to collaborate and interact with each other in a virtual space. Today, the company is well-known for providing unimaginable video graphic processing capabilities that power today’s AI-backed applications.

Unity Software: Unity Software stands highly distinguished in the industry with its high-end 3D content development platform. It is on the verge of enabling creators and artists to develop unique Metaverse-centric content with intelligent and productive tools. In an interview with Forbes, Julie Shumaker, Unity’s senior VP of revenue said, “We’re pretty close to a Metaverse experience.”

There are several key people and entities in the global Metaverse industry.

Neal Stephenson: The world of Metaverse is incomplete without Neal Stephenson. He is the person who introduced this term and then it was further explored by others which eventually transformed it into a huge industry.

David Baszucki: Roblox’s founder and CEO, David Baszucki is one of the most noticeable people in the Metaverse domain. He has invested significant efforts and time in enabling the gaming industry to step into this new domain. The company is actively making partnerships with other renowned companies and brands to encourage Metaverse in the global gaming space.

Matthew Ball: Among some of the industry’s top names, Matthew Ball who is a known and recognized investor, advisor, strategist, and managing partner of Epyllion Co appears to be highly noticeable. He has recently launched The Roundhill Ball Metaverse ETF in collaboration with Genvid Technologies which allows people to invest in this new domain.