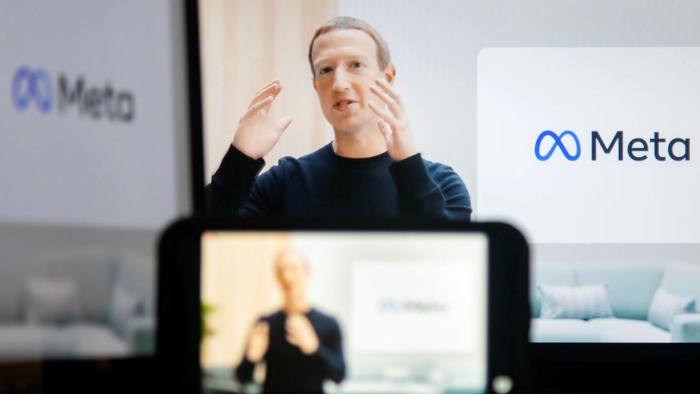 An artificial intelligence company contracted to develop military intelligence and navigational capabilities for the US Department of Defence will now be used by Facebook to build the metaverse. Facebook, which recently rebranded as Meta, acquired synthetic data start-up AI. Reverie in August, and consolidated it into its Reality Labs division dedicated to constructing a shared virtual world.

In January, the start-up signed a three-year contract to provide services worth up to $950m to the US Air Force, to develop an advanced battle management system and enhance its command-and-control systems using AI. The contract was terminated in August when the company was acquired by Meta. Meta said the partnership would accelerate the company’s synthetic data capabilities — simulated versions of real-world data needed to train advanced machine learning algorithms — that it will use to build the metaverse. AI. Reverie’s former chief executive Daeil Kim, who is now an engineering manager at Meta, described the company as creating a “virtually endless supply of annotated images and videos to accelerate computer vision and machine learning by lowering the cost of training”.  Earlier this year, the start-up said it licensed its synthetic data generation platform to customers in defence, retail, industry and agriculture and tripled its customer base in 2020.

Alongside the most recent US Air Force contract, it received a contract in May last year to enhance intelligence-gathering for the defence department, including the army and air force, and in July 2020 it was awarded another contract from the USAF to improve navigation capabilities in difficult terrains using synthetic training data. According to AI. Reverie, its artificial intelligence product would support the 7th Bomb Wing, part of a major command unit in the US Air Force that conducts nuclear deterrence and global strike operations.