Five Surprising Ways The Metaverse Meets The Future Of Work 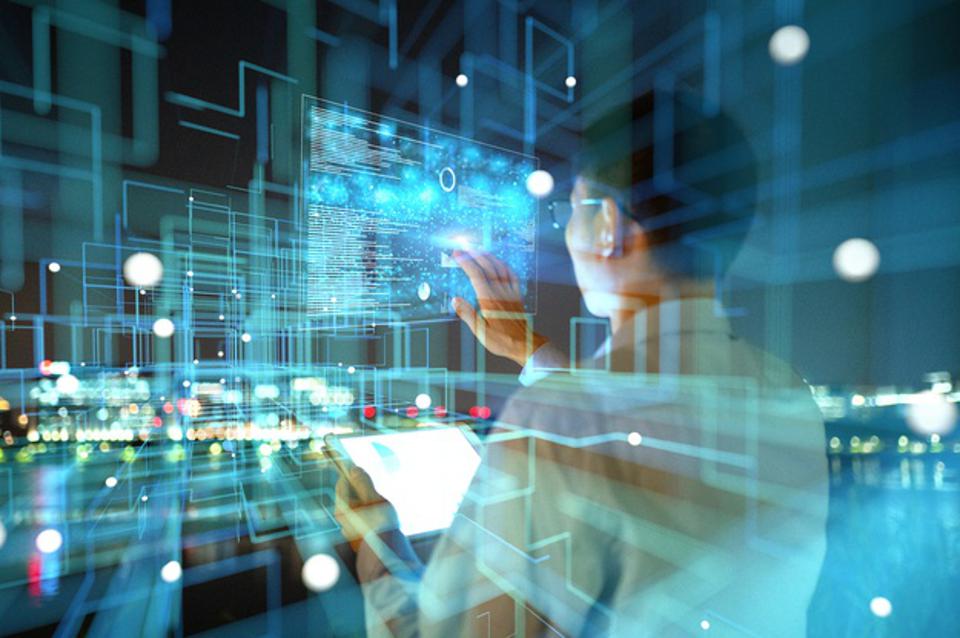 A San Francisco auditorium is spellbound. The audience is catching a 90-minute glimpse into the future of work. Teams edit documents together seamlessly in real time. They collaborate virtually over video around the world with a single click as they effortlessly navigate the reams of data and information needed to make important decisions.

Although all this may seem commonplace today, to the audience, it’s as far-fetched as a battery-powered car or a portable telephone. The year is 1968. The gentleman giving the demo is Douglas Engelbart, best known as the man who invented the mouse, and he presented what’s now commonly called “The Mother of All Demos.” With the benefit of over 50 years of hindsight, it’s clear that the ideas he presented were more than just a fad—they were visionary and painted a remarkably accurate picture of the world in which we now live. With so many innovations proposed year after year, it can be difficult in the short-term to determine which ideas point to the future and which ones are merely passing trends.

One such idea the market is currently considering is the metaverse. There is, without a doubt, tremendous hype around it. Google Trends shows how interest in the metaverse catapulted in late October 2021 after it was announced that Facebook would become Meta, bringing mixed reality to the attention of millions. In the months since, the capital markets, cryptocurrency entrepreneurs and social influencers have all been abuzz about what the metaverse is and what it could mean for all of us in the years ahead.

The basic idea of the metaverse is certainly not new. But the intense focus on leveraging multiple preexisting technologies to form this advanced digital world by companies with the resources to make it happen is. Previous incarnations were largely niche. Virtual worlds like Second Life were introduced to the consumer landscape, and 3D training simulations such as those used for virtual training of complex machinery began to see use throughout heavy industry.

Interest in what we now call the metaverse came about scarcely a decade ago with a resurgence of interest in virtual reality because of companies such as Oculus, HTC and Magic Leap, which pointed the way to VR hardware for the masses. As the latest incarnation of the metaverse now goes mainstream, the tech bringing these virtual worlds together is moving into a third generation of its own as the virtual world consumes more ubiquitous IoT sensors, inexpensive 3D depth sensing and Web3.

Potential signs of where the metaverse will soon intertwine with the future of work are also emerging. These go beyond virtual connection toward becoming a vehicle for serious applications in which decentralized workers are connected in real time, with access to support and data regardless of location.

Here are some examples of where the future of connected work may crossover with the emerging technologies applied to the metaverse.

1. Digital Twins Available In 3D: As industrial IoT capabilities make operational technology (OT) more prevalent in the enterprise, the economics of rapidly creating 3D content are creating opportunities to link the two together—enabling access to a real-world asset through a virtual one. This is already starting through the use of inexpensive 3D depth cameras (the same kind that powers Face ID on the iPhone) and portable 3D scanners. Some are already calling these “3D digital twins.”

2. A Metaverse Layer To Every Connected Asset: Simulation digital twins powered by OT and the IoT can be accessed in virtual environments, enabling teams to simulate complex processes and monitor the state of real-world objects in 3D. The ability to see and visualize performance as it happens and the ability to create simultaneous dynamic views of an enterprise asset is uniquely possible in a virtual world. What Alice cares about and what Bob may care about can be two different things, but each of them sees an asset in the way that’s most relevant to them at the same time.

3. Enabling Subject Matter Experts To Be There, Virtually: The potential for 3D digital twins goes beyond empowering participants to share a virtual world—it makes it possible for people onsite to work on an asset in the real world while others share in that same experience in a virtual one. This is because 3D capture technologies allow the recreation of point-perfect digital renditions of a physical asset with submillimeter precision. Environments like these are capable of being the next best thing to being there.

4. Seeing What Your Eyes Can’t: Because the rules of the metaverse don’t have to be the same as the ones we’re governed by in the real world, they also create interesting opportunities for us to peek into virtual worlds where we can see things our eyes might not be able to on their own. Imagine being able to see a gas leak at a processing plant as identified by sensors deployed onsite or instantly visualizing how a change in valve pressure might impact operations, moments before it happens. Neither is currently possible in the real world—only in the metaverse.

5. A Real (And Virtual?) Universal Translator: With API-enabled services like Google Translate readily available to enterprise developers, people can interact with one another in the metaverse in ways that allow us to breach language barriers. In a virtual world, no one needs to know what you sound like. In the future, voices could be translated into any of a variety of languages simultaneously, facilitating collaboration with international teams in ways that are difficult today without the support of a translator.

And these could all just be the tip of the iceberg. The metaverse is replete with possibilities to transform the way we live and work. This time could be different if only we look beneath the surface.