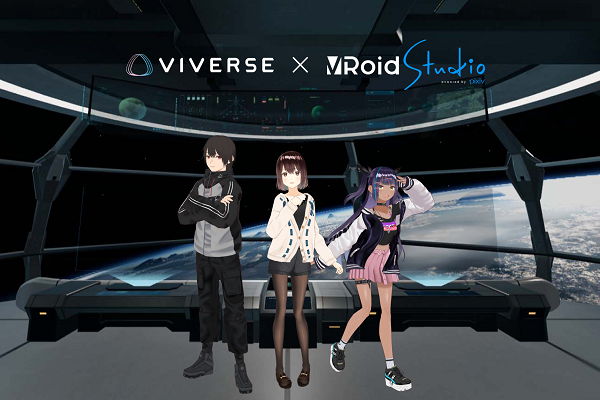 HTC will offer visitors to its Viverse metaverse platform the chance to appear as anime versions of themselves thanks to a new partnership with artistic software developer Pixiv. Viverse will integrate Pixiv’s three-dimensional character modeling service VRoid Studio, allowing users to design how they will look and move within its digital space.

Pixiv’s virtual character design services came from demand on its social media platform for creative art as it grew in popularity in Japan, hosting a wide range of artistic products. VRoid launched in 2018, and more than 10,000 3D avatars are made by its global userbase every day. The digital avatars are produced in the VRM file format, which Pixiv and 13 other Japanese developers are promoting as a universal standard through the VRM Consortium. Viverse users won’t be building their avatars with Pixiv just yet, but VRoid users can connect their avatars to the metaverse platform and start using them now. HTC and Pixiv next plan to set up more options for customization of looks and accessories, as well as look for ways to employ the digital beings in other ways on the platform.

“We believe integrating VRoid Avatar with the Viverse system would be excellent news for VRoid users,” Pixiv CEO Shingo Kunieda said.”90% of VRoid Studio users are from different countries outside Japan. We will continue working with Viverse to build a world where people from all over the world can enjoy communication through 3D Avatar.”