land acquisition and NFT land in the Metaverse 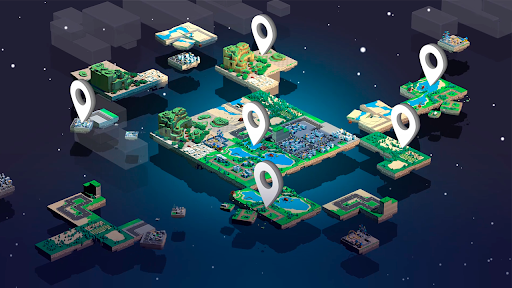 “Metaverse” is understood as a virtual, augmented reality that aims to replicate the “real world” on the one hand and augment it on the other. The Metaverse is not only intended to be a workplace and social network, but also a place where people can spend their free time and pursue any activities. Currently, there is also a real hype about the acquisition of digital properties in the Metaverse, which can serve as a digital marketplace and new space for advertising.

For a basic understanding of NFTs, our former blog article offers deep sights

The idea and anticipated rise of the Metaverse enables further use cases within the blockchain technology. Areas that are now already relatively well-known involve platforms such as Decentraland. Decentraland is a decentralized 3D virtual reality platform consisting of a variety of virtual “building land”. Such virtual land in Decentraland is generally based on NFTs, which can be purchased using the cryptocurrency “MANA”. In simple terms, Decentraland is thus a platform for trading virtual land and real estate in the Metaverse. Other well-known platforms with partly different applications are The Sandbox and Axie Infinity. Only recently, the Metaverse project “Otherside” of the Bored Ape Yacht Club (Yuga Labs) was also launched on 1 May 2022. The consequence of the launch? Yuga Labs hosted one of the most extensive NFT drops to date by selling ownership of digitized land parcels (“Otherdeeds”). However, the immense interest and rush led to the entire Ethereum network being overloaded due to a so-called “gas war”. Gas fees can be understood as transaction fees that are paid to compensate miners for their computing power. In this specific case, interested parties tried to outbid each other with the transaction fees.

Virtual real estate as such can be acquired in the form of an NFT using an NFT smart contract. Smart contracts follow the “If > Then > Else” rule and corresponding attributes via the Ethereum blockchain (on-chain NFT). Once the payment is settled, the NFT is transferred to the acquirer via an appropriate platform. However, the first legal issues may already arise during this step.

While many acquirers believe they have acquired a “title” to an NFT, or qualify the NFT itself as evidence of ownership, the NFT is more likely to be understood as an invoice in the context of a transaction. Buyer and seller interact with each other and the NFT establishes the corresponding invoice. On the programming side, this “invoice” can also link to “something” outside the blockchain (off-chain), such as a cloud or a centralized hardware server, or even within the Ethereum blockchain. This “something” is usually a simple image (.jpeg). However, the NFT (the invoice) also says nothing about the transaction itself. To be able to assess this, one would rather have to check the respective terms and conditions of the NFT smart contract.

Further legal problems can arise at the level of property law. For example, no attributes can be attributed to an NFT itself. The factual acquisition is the content agreed between the original parties. Accordingly, the value of the NFT basically follows the content of the contract. One problem, however, is that there is no contract between the initial primary purchaser and the subsequent secondary purchasers (as well as all subsequent acquisitions). Furthermore, there is also no contractual relationship between secondary purchasers and the original issuer of the NFT.