Life in the Fantastic World of the Facebook Metaverse 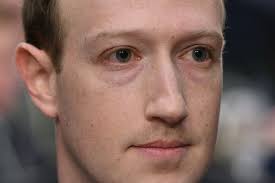 The Moderator drew his katana. The target was close.

The Moderator was a feared warrior here in the Facebook metaverse—a vast, digital world in which you could be anyone (pending approval by Facebook), go anywhere (that ads are served), and do anything (that generates ad revenue or is part of a larger revenue-generation strategy). In here, you could be a fierce centaur galloping to work at your virtual office, or a ten-foot-tall Greek god shopping for statement glassware in a simulated Crate & Barrel.

But the metaverse was also a dangerous place, and it was the Moderator’s job to keep it safe. Nazi propaganda, fraud, imagery with visible human female nipple outside the context of art or breastfeeding—there was danger around every corner.

The Moderator moved to strike, but the image with implied anus saw the Moderator’s approaching shadow just in time and fluttered into the sky like a sail on the wind.