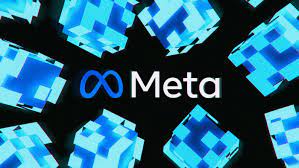 Meta reportedly pulled the plug on a custom operating system that was supposed to power upcoming virtual and augmented reality headsets, although its full reasoning and future plans still aren’t clear, and the company has denied it’s scaling back its overall OS efforts. The Information reported the news today, saying the company formerly named Facebook suspended development of a project called XROS — named after XR, an umbrella term for AR / VR — in November. That leaves Meta with the Android-based operating system used in Quest (previously Oculus) VR devices, something that offers convenience but also makes Meta dependent on another company’s OS.

The Information article reports that XROS development began in 2017 and had more than 300 people working on it. It’s apparently synonymous with the “reality operating system” that Meta CEO Mark Zuckerberg and CTO Andrew Bosworth have discussed publicly before. In June of 2021, Zuckerberg described making a “microkernel-based operating system” that would give Meta tight control over every layer of its hardware, saying a team was “pretty far along” on the initiative and pegging its existence to “the ‘not too distant future.’” There’s no sign that canceling XROS will affect Meta’s plans to produce new AR glasses, which include prototypes known as Project Aria and Nazare, but it may apparently mean that they use an Android-based OS.

Development on XROS reportedly stopped soon after team lead Mark Lucovsky, formerly of Microsoft, announced he was leaving to work on a similar AR OS project at Google. Lucovsky told The Information that he departed after former Facebook employee Frances Haugen publicly accused the company of harmful business practices in a 60 Minutes interview, as well as because of “the company’s new metaverse-centric focus,” a reference to Meta’s interest in VR and AR-heavy virtual worlds.

Zuckerberg has looked to VR and AR as a way to escape the dominance of Apple and Google in mobile phones, however. And the company reportedly remains interested in building its own OS — potentially including a revived version of XROS.

Meta rebutted The Information’s reporting with a statement emailed to The Verge by communications manager Sheeva Slovan. “We are not halting or scaling back our operations in building a reality operating system,” the statement reads. “The team continues to make progress and we continue to invest in building for future computing platforms like AR glasses and wearable devices to help realize our metaverse vision.”