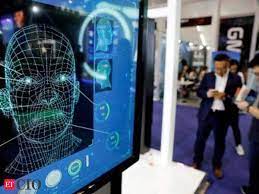 Earlier this week, Facebook announced that it would be shutting down its facial recognition systems. But now, the social network’s parent company Meta said that it would be using the same system for its metaverse products.

Meta is already exploring ways to incorporate biometrics into its emerging metaverse business, which aims to build a virtual, internet-based simulation where people can interact as avatars, reports Recode.

“We believe this technology has the potential to enable positive use cases in the future that maintain privacy, control, and transparency, and it’s an approach we’ll continue to explore as we consider how our future computing platforms and devices can best serve people’s needs,” Jason Grosse, Meta spokesperson told Recode.

As per the report, Meta will continue to use a variety of biometric tools, including DeepFace, an artificial intelligence technology that matches facial templates generated by Facebook’s facial recognition system with user photos.

Facebook Face Recognition used to analyse the photos and videos that the company thinks a user is in on Facebook and it replaced the “tag suggestion” setting on the social network.

Facial recognition has been available on Facebook since 2011, and Facebook turned the feature on automatically for more than 500 million people at the time that it debuted.

To recall, Facebook changed its corporate name to Meta as part of a major rebrand.

The company said it would better “encompass” what it does, as it broadens its reach beyond social media into areas like virtual reality (VR).