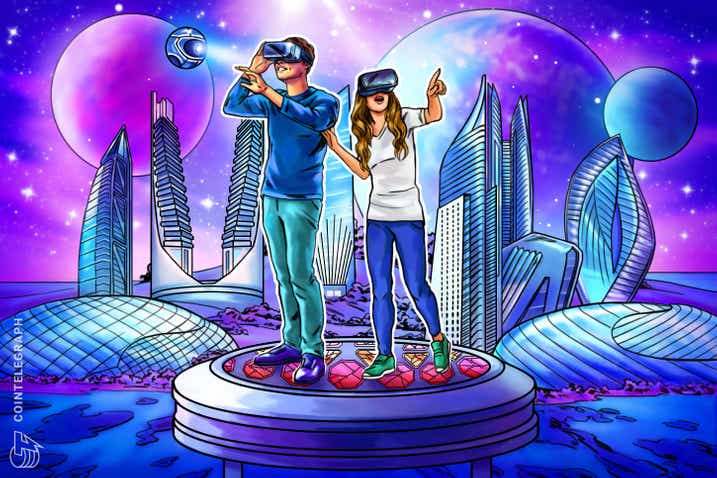 The growth of NFTs has shot to the next level in terms of popularity and finding acceptance from the crypto community and the mainstream alike. Nonfungible tokens (NFTs) that were initially thought to be a bubble are now expanding their coverage across the cryptoverse.

According to a report by DappRadar, the NFT market has had its best year, generating over $23 billion with the floor market capitalization of the top 100 NFT collections standing at $16.7 billion, as of Dec. 17, even before the year closed out.

The biggest move for NFTs and the metaverse space has been Facebook’s announcement of being rebranded to Meta on Oct. 28 in a bid to expand its reach beyond social media and into the Metaverse. In fact, in the last week of October, it was revealed that over $106 million worth of Metaverse land was sold in seven days.

Within the cryptoverse, the NFT collectibles frenzy first began in 2017 with the launch of the CryptoKitties game and the subsequent demand for these digital cats. At its peak, the blockchain game recorded a maximum of 140,000 daily users and 180,000 daily transactions in November 2017, but this traction was quickly lost over a few months. Since then, the collectibles domain has gone on to have renowned collections like CryptoPunks, Bored Apes Yacht Club and NBA Top Shots.

The initial interest around NFTs in the mainstream came from the digitization and tokenization of artworks by renowned artists like Beeple through auction sales hosted by traditional art galleries like Christie’s and Sotheby’s.

Since then, the scope of NFTs has expanded to include art, music, games, sports and Tweets — just about any digital or real-world asset — that can be tokenized while still holding their value and providing unique ownership.