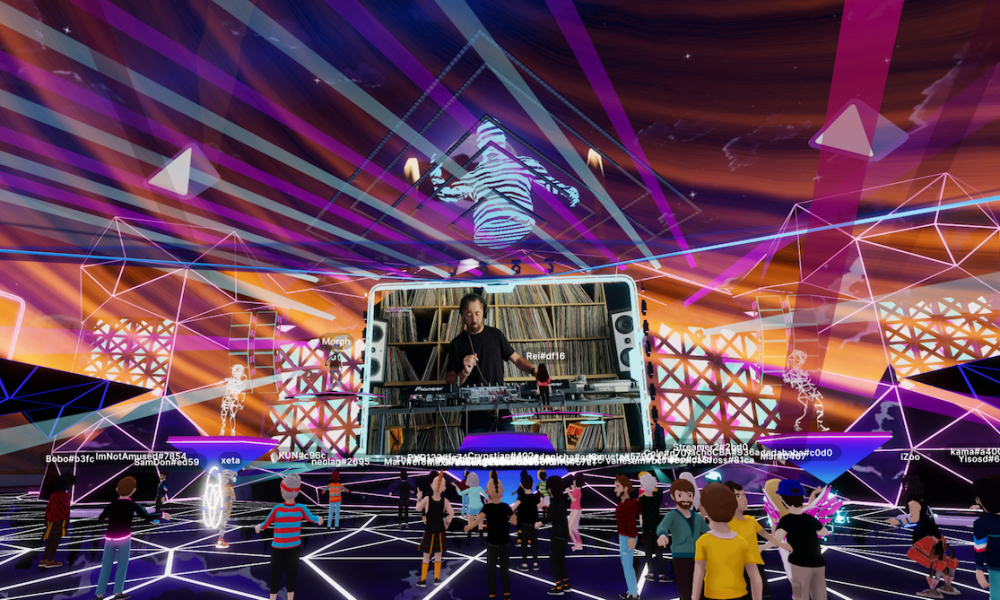 There’s no puffier place than the metaverse. It’s the first great destination on Web3, and where the non-fungible token (NFT) craze goes to have a purpose. It’s where people will socialize, shop and play while brands offer entertainment, goods and services, and of course marketing. It says so right there on the label.

In this series of articles, we’ll look at what’s FOMO (fear of missing out, if you must know) and what’s for real in hype-filled crypto world that claims it’s going to change everything from payments to commerce.

For all the hype of the metaverse as the future of entertainment, retail, and social media, there’s only one business that has an actual, proven track record: Concerts from recording artists like Arianna Grande and Travis Scott have drawn millions of fans.

And seeing as the virtual reality world of metaverses like Decentraland and The Sandbox are how people will socialize in the future — just ask Mark Zuckerberg, who is now CEO of Meta, not Facebook — what’s a more obvious metaverse business than nightclubs?

The booze may be BYO back in the real world, but the opportunity to listen to music, dance, flirt, and generally have a good time while wearing an NFT avatar that’s better looking, better dressed and more confident than you will support selling tickets to smaller shows by lesser-known artists, to say nothing of cover charges, velvet ropes, VIP sections, private rooms, experiential marketing and advertising — with access provided by purchasing NFT tickets.

The idea is you’ll be able to choose venues and loud or mellow as you like, meet up with friends or mingle, attend events and generally have a virtual reality social life without leaving home.

And it’s not just clubs. Warner Music Group announced in January it will open a concert venue/fan experience in The Sandbox.

Last April, with its landmark nightclub stifled, legendary club owner and festival producer Amnesia Ibiza turned to Decentral Games, which said it developed a “virtual superclub” with a trio of spaces: the Terrace dance floor, Amnesia Arena for large scale shows, and the Museum Room, a experiential branding site featuring the history of Ibiza — and NFT sales.

In October, Amnesia launched with a 12-hour music festival featuring a bevy of well-known EDM DJs and the sale of NFT wearable that provided VIP access to the Terrace.

And in December, the nightlife firm H.wood Group announced plans to open a metaverse outpost of its Bootsy Bellows, a West Hollywood club partly owned by actor David Arquette.

The company, which The Hollywood Reporter said owns “some of the universe’s most popular parties and nightclubs,” is now “planning to become stewards of the Metaverse’s red ropes.”

The nightlife company teamed up with NFT producer Looks Rare Studio, whose founder “came to us and said, ‘We’re going to put Bootsy in the Metaverse. Let’s do some sort of online-offline combo, where we can sell Bootsy NFTs,” H.wood Group co-founder and co-president Brian Toll said. “Not only do people want to collect the NFT, but they want to show off that they have it.”

Aside from an NFT all-access pass and branding that not only connects a hot nightclub to the metaverse — and provides metaverse trendiness to Bootsy Bellows, which first created the NFTs as tickets for a Halloween party with great success.

Looks Rare Studio’s Alex Schultz, a DJ and producer who also owns Sounds Rare Studios — a decentralized music studio which sells NFT songs complete with shared ownership rights — said the metaverse club provides a way for NFTs “to get you an experience.”