STUDENTS ARE EXCITED AND HOPEFUL FOR WHAT THE METAVERSE MAY BRING 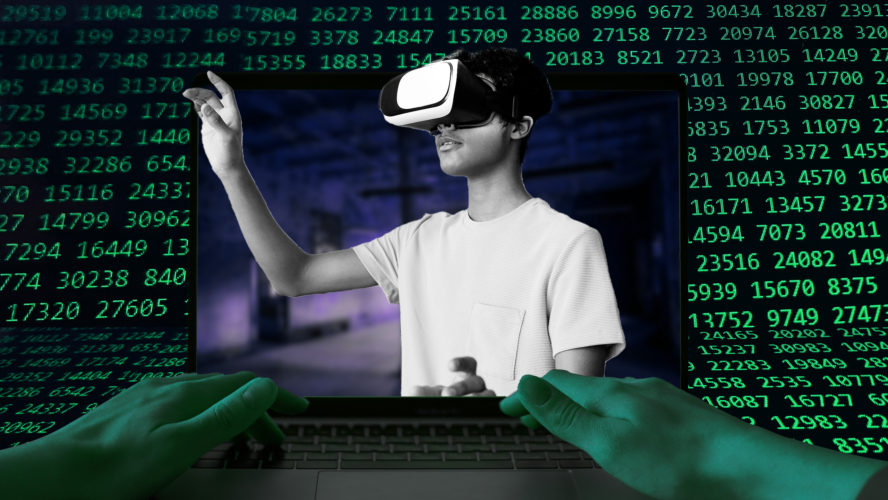 Long before the metaverse became a common term, Michael Bergmann, an assistant professor at Toronto Metropolitan University’s (TMU) School of Performance and director of research at the Technological Research in Performance Lab had been incorporating it into not only his own storytelling, but also in his teaching.

Throughout the university’s time online during the pandemic, Bergmann said he took the opportunity to explore other mediums of performance besides the program’s usual in-person theatrical shows. He began using virtual reality (VR), a computer-generated experience that immerses users into a simulated environment with a headset, as a virtual stage for his students.

“Taking aspects of scenic design, lighting design and sound design, we’re basically creating that environment originally in VR, then we’re having the actors come into it,” Bergmann said.

For certain projects, actors would perform live using their own headsets and the audience would join in through VR. “The fun aspect of it is you can do things in VR and in the metaverse that you can’t do in real life. So all of a sudden, we can jump between floors, you know?” said Bergmann.

“The actors can change the entire scene and now we’re in a completely different environment. It takes a lot of the magical aspects of theatre and performance and gives us another tool to really make that immersive.”

To some students, the term metaverse may be a foreign concept—a word associated with the neon green coding language from The Matrix or reminiscent of a dystopian future where society exists only online. For others, the word might just have as much significance as the newest name of the technology company Meta, formerly known as Facebook. And as it happens, none of those guesses would be very far off.