The Metaverse and Language Education 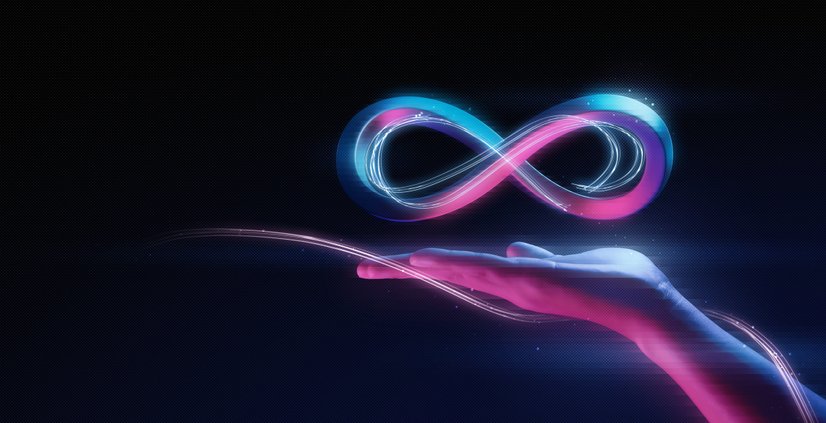 In the 1990s, the animated television series The Magic School Bus became well-known for its louder-than-life main character Ms. Frizzle, who took her students on wild and zany field trips that defied all logic. Ms. Frizzle’s class went on a voyage into outer space, had an in-depth exploration of the human digestive system, and even took a trip back in time to visit the dinosaurs. At the time, the cartoon seemed like little more than fantasy. But with the recent buzz around the metaverse—something the New York Times has called a “convergence of… virtual reality and a digital second life”—it’s possible that these sorts of adventures could become reality for school children across the world.
Virtual reality, that is.

In February, the Center for Universal Education at Brookings (CUEB) released a policy brief on the metaverse and its potential to interface with the education system. The report outlines several key points about the gamification of learning activities and how best to use the metaverse as an effective tool in a classroom setting.

“Make no mistake that the metaverse is coming,” the report reads. “It is our job to specify how engagement in this always-on, virtual universe augments education rather than detracts from it and how it can preserve the key socially interactive qualities that are core to how humans learn.”

The concept of the metaverse first rose to notoriety in the latter half of 2021, when Facebook rebranded itself as Meta Platforms, but it’s actually been around for a while. Essentially, the metaverse serves as a virtual reality platform on which users can create a three-dimensional avatar to interact with other users.

Tech leaders like Mark Zuckerberg see the metaverse as the next major horizon of computing—Zuckerberg has been quite vocal about his vision of the metaverse as a means of synthesizing one’s own physical reality with an all-encompassing virtual life.

“You can think about it as the successor to the mobile internet,” he told The Verge in July 2021. “You can think about the metaverse as an embodied internet, where instead of just viewing content—you are in it.” When it comes to the metaverse’s educational applications, the benefits seem clear—history teachers might use the metaverse to engage students in virtual realities that depict key historical events. Language teachers, on the other hand, can employ the metaverse to create cultural enrichment activities that immerse students in the target language and its culture.

But not so fast—in order to ensure that educators use the metaverse in a productive and engaging fashion, the CUEB’s report emphasizes the fact that educational technology developers must learn from the mistakes of other edtech platforms, like the two-dimensional educational apps and video games (think Duolingo or Rosetta Stone) that rose to popularity in the last couple of decades.

“By 2015, when our research team first wrote a series of guiding principles for developing truly ‘educational apps,’ the market was already flooded with more than 80,000 so-called educational apps,” the report reads. “The vast majority of these apps had no research behind their design or implementation that was linked to the science of how children learn.”

The CUEB has identified several key components of an educational gaming experience that can have a genuinely positive impact on children’s learning outcomes. When developing gamified educational experiences, the CUEB reports that the following principles are crucial:

“Together, the principles of active, engaged, meaningful, socially interactive, iterative, and joyful coalesce in what we called ‘playful learning,’ an umbrella term based in science that broadly incorporates how children learn through both free play and guided play,” the CUEB writes in its recent report. According to the CUEB report, most of the education apps available to children these days do not effectively incorporate all of these principles—in a 2021 analysis of the most-downloaded apps for young children, the CUEB deemed 50% low quality in terms of how well they incorporated the above principles.

Researchers in the field of second language acquisition have long questioned the potential role such apps and games can play in acquiring a second language. Language-learning apps have seen a large increase in popularity over the last couple of years, particularly during the COVID-19 pandemic.

Duolingo claimed that it saw about twice as many new users joining the platform as usual during the early months of the pandemic. But to what extent are these apps effective in helping individuals—particularly children—in achieving high levels of performance in the target language? Duolingo, for instance, may not be the most active or social of educational gaming experiences, but it does a decent job of touching on some of the other principles of playful learning. A 2019 case study of English-learning children in Indonesia suggests that Duolingo can be an especially effective tool if parents or teachers provide some sort of collaborative oversight. That is, by enhancing the collaborative and social nature of the platform and encouraging children to learn in the company of others, students may be able to hone their language skills further than they would while using Duolingo on their own. Rosetta Stone, like Duolingo, is also a popular language-learning application, but it suffers from the same downfall—it’s extremely asocial, in the sense that users engage with the tool in near isolation, with little input from peers or collaborators. When developing language-learning tools for the metaverse, it’s clear that developers must think of ways to create a social experience for children to learn from.

While the metaverse holds a lot of promise for exciting and engaging educational experiences, if its presence in educational settings is indeed as inevitable as the CUEB’s report suggests, then edtech developers must learn from the flaws of past efforts at gamifying language education. “The metaverse is but a context—an immersive one—that can in principle bring the best of digital technologies to bear on education if and only if it is done right, with the science of learning and real children in mind,” the CUEB report reads.