The Metaverse Is Coming; We May Already Be in It 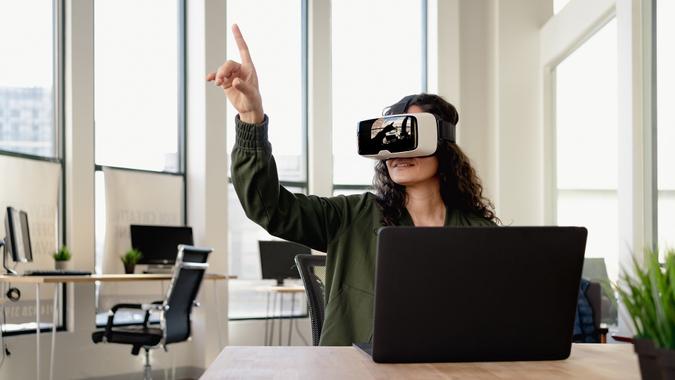 A few years ago, while doing research for a virtual reality (VR) program at MIT that I would be running, I donned a VR headset and played a ping-pong game. The game was so realistic that it momentarily fooled my brain. When it ended, I instinctively tried to put the paddle down on the “table” and lean against it.  Of course, the table didn’t exist, and I almost fell over. It was so easy to trick my senses into thinking that virtual world was real that I began to think about what would happen to humanity if we kept developing this technology.

In 2019, I wrote a book called The Simulation Hypothesis, in which I laid out the 10 stages of technology development that would take us to the Simulation Point, where we won’t be able to distinguish our virtual worlds from the physical world; or AI characters that live in those virtual worlds, from real humans. I came to the conclusion that if our civilization could reach this point, then some advanced civilization elsewhere in the real universe had probably already done so, and that we are already inside one of their Matrix-like virtual worlds.

It turns out that some giants of Silicon Valley have set their sights on building these ultrarealistic simulations, which they call the metaverse. First coined by science fiction writer Neal Stephenson in 1992, the metaverse is a set of interconnected virtual worlds that can be used for everything from entertainment to commerce to labor. The metaverse is being called the next generation of the internet, which we will explore not with a Web browser, but via three-dimensional avatars like those in video games such as Fortnite or Roblox.