Tony Hawk announces “the biggest skate park in the metaverse” 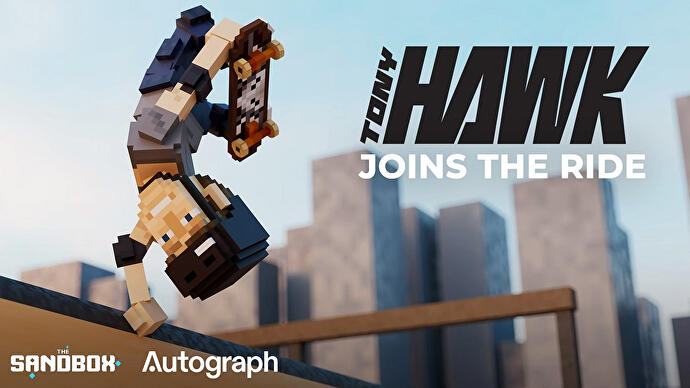 Regrettably, Tony Hawk has announced a partnership with blockchain/metaverse/virtual world game The Sandbox.

This will add skating-based areas, and pixelly versions of Tony Hawk you can buy as NFTs. Confused? Here’s a visualisation of how it’ll look:

“What’s up guys it’s Tony Hawk, and we are building the biggest skate park in the metaverse,” the skater says in the video. “You have never seen skating like this. I’ll see you in The Sandbox.”

What is The Sandbox? “The Sandbox is a community-driven platform where creators can monetise voxel assets and gaming experiences on the blockchain,” according to its website.

That means events in its Minecraft-esque world like its forthcoming Web 3 Land Sale, where users can buy land on its map along with NFTs of voxel assets – as much a money grab as it is a land grab.

It also previously partnered with Ubisoft for a Rabbids crossover.

In other depressing news, Tony Hawk recently spilled the beans on Activision’s now-ditched plans for a Tony Hawk’s Pro Skater 3+4 remake. The idea was sadly shelved after developer Vicarious Visions was absorbed into Blizzard.