Why the metaverse may come sooner than later 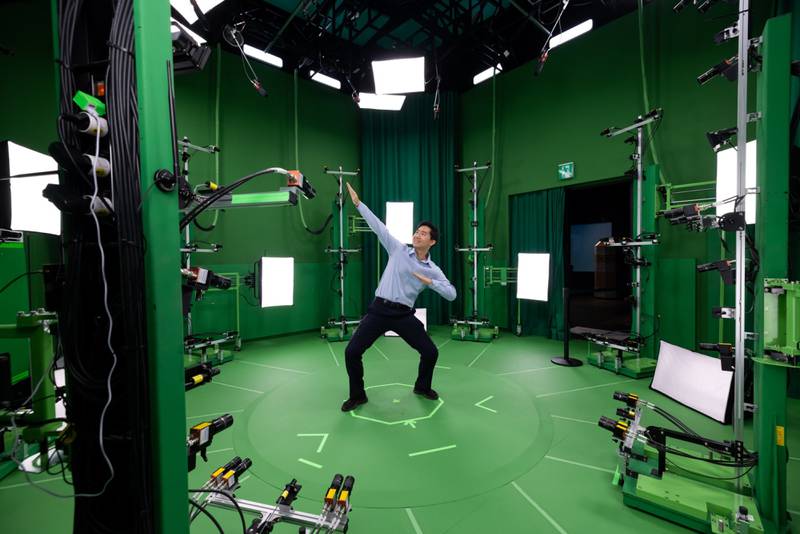 The term “metaverse” may have been coined in the author Neal Stephenson’s 1992 novel Snow Crash, but it received little attention, probably because the concept was too futuristic at a time when the internet was in its infancy.

And, much like how the internet was part of a possible future in the sci-fi movies of the 1970s, history may be repeating itself with the metaverse. The only difference is that today technology is more advanced, and it is only a matter of time until the next stage of the evolution of the internet.

The emerging stage, being witnessed today and seen continuing for the next 4 to 5 years, will see the market explore and experiment with applications and use cases with high, long-term value. The advanced phase, from 2024 to 2027, would see more direct opportunities.

The mature stage, at least 8 years from now, sees the ecosystem progressing towards “interoperable, immersive experiences”.

“A broad number of important, discrete and independently evolving trends and technologies must be combined to deliver mature metaverse solutions,” he added.

The metaverse — thrust into mass consciousness by Mark Zuckerberg’s rebranding of Facebook to Meta Platforms — will be a big shift in how society interacts. Where are we right now?

What is the metaverse and what can you see in it?

A metaverse is defined as a digital space where participants, represented by three-dimensional avatars or digital representations, can move and interact.

In other words, it is an online equivalent of yourself in a virtual world, performing interactions and transactions.

If you have used a virtual reality headset or gaming console motion capture devices — most notably the Microsoft Xbox’s Kinect, the Sony PlayStation’s Move and the Nintendo Wii’s Nunchuk — to take part in games, then you have sampled the metaverse. Think of the metaverse as virtual reality or augmented reality on steroids.

Probably the closest you can go is virtual reality cinema. Dreamscape in Dubai, for example, plunges you into the action, complete with feeling the effects and interacting with certain objects, which are needed to trigger the next scene.

A word of caution: using virtual reality headsets can cause motion sickness. It is unclear if being in the metaverse will result in the same condition.

How do you create an avatar?

Simple: use an app.

Similar to Apple’s Memoji, creating an avatar for the metaverse requires taking an image of yourself, uploading it to the app and customising it — hair, skin type and accessories — to your liking.

On Instagram, another platform owned by Meta, there is an option to create your own avatar, which you can use on the app’s Stories and direct messages. However, this is limited to a handful of countries for now, including the US, Canada and Mexico.

Arguably the most notable avatar creator is Ready Player Me, which describes its service as a “passport to the metaverse”. You can even style your full-body avatar with limited non-fungible tokens, which in turn you can trade or sell on other platforms.

How do you spend in the metaverse?

Of course, a virtual world needs its currency equivalent and there is no shortage of these in the metaverse.

The obvious mode of splurging in the metaverse is cryptocurrencies, built on blockchain that is more secure, and allows instantaneous settlements with minimal if not zero fees.

The question is, why would you need virtual currency? Think of it this way: if you wear a pair of Nike shoes, there’s also a digital equivalent of it in the metaverse. To buy and wear it there, you need to pay in cryptocurrency. Mind you, you can also buy virtual property with it.

In gaming, virtual transactions are commonplace and started decades ago. For example, Resident Evil Village, which was released last year, uses the in-game “lei” currency to upgrade the player’s abilities. Lei isn’t technically a cryptocurrency, but it does illustrate that one has to acquire it to buy items.

Nowadays, Axie Infinity and Roblox are two of the most popular games that allow players to earn, trade and spend cryptocurrencies. Fortnite and Minecraft, the best-selling video games so far, also anticipated the metaverse.

What is the difference between the metaverse and augmented/virtual reality?

Often mistakenly interchanged, they are quite different. The metaverse is an open, shared and, in theory, limitless virtual world created by users. Augmented reality and virtual reality, on the other hand, are the technologies for creating 3D environments, with certain purposes or functionalities in mind.

Another crucial thing to remember: no one owns the metaverse — not even Meta, even if it almost literally named itself after it. Much like the internet, it is a virtual space with no defined owner and can be expanded accordingly, with internationally-adopted regulations keeping it in check.