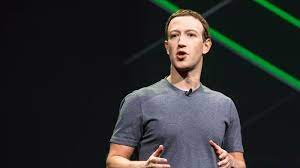 Mark Zuckerberg doesn’t just want you logging in to his company’s products. He wants you living, working and even exercising inside them. That’s the very high-level idea behind the “metaverse”, a vision for the future of Facebook Inc. and the entire internet that Zuckerberg started pushing aggressively in the past week.

“In the coming years, I expect people will transition from seeing us primarily as a social media company to seeing us as a metaverse company,” Zuckerberg added. “In many ways the metaverse is the ultimate expression of social technology.”Think of the metaverse as an immersive virtual world where people can spend time together and hang out, much like you can do today with virtual reality, dialed up to 11. You’ll be able to “teleport” between different experiences, Zuckerberg explained. It’s not a new concept—any number of dystopian sci-fi movies have been predicting this as the future for decades—and while the Facebook CEO has only recently started using the terminology publicly, it’s something Facebook has been building toward for years with investments in virtual and augmented reality.

On Monday, Facebook announced a standalone product group internally tasked with building out this vision. Then, the futuristic notion was a central topic of discussion on Facebook’s second-quarter earnings call Wednesday, when Zuckerberg took time to outline his version of the metaverse for analysts and investors. Though he’s talked about it before, he ratcheted up his enthusiasm to a heightened level of zeal, with a clearer focus on the idea of the metaverse as a foregone conclusion for the internet’s next chapter. Facebook executives mentioned the word metaverse more than a dozen times on Wednesday’s call, a term that hasn’t come up on earnings calls in the past.“The defining quality of the metaverse presence is this feeling that you’re really there with another person or in another place,” Zuckerberg said. “Creating avatars and digital objects are going to be central to how we express ourselves.”