Join in a unique music festival… in the Metaverse ! 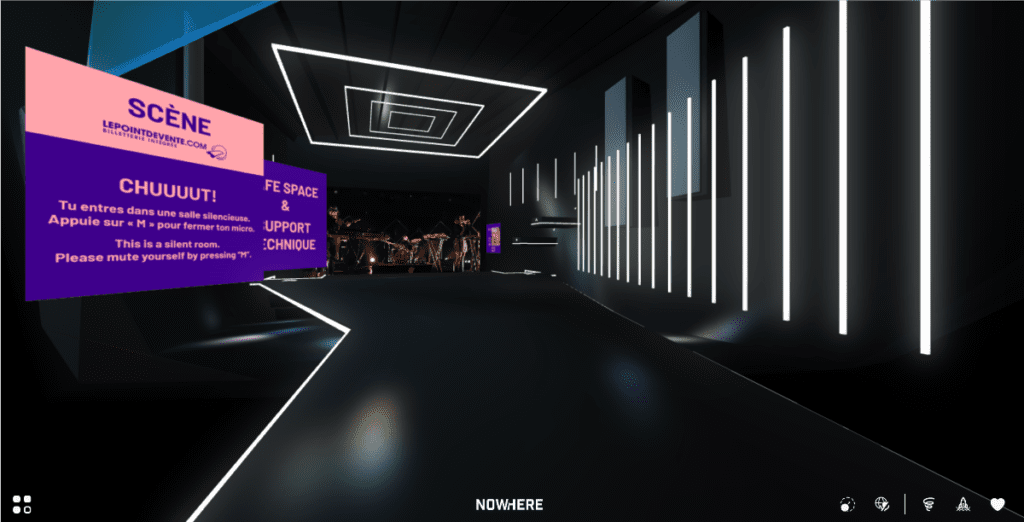 Imagine navigating a vast network of 3D virtual worlds that are focused on creativity and establishing social connections. No longer existing solely in the realm of Sci-fi, gaining access can be facilitated by the use of virtual and augmented reality headsets. Millions of people around the world refer to these alternative realities as the Metaverse.

As the term “Metaverse” has been increasingly crossing people’s lips in the news, on social media and through word of mouth, more and more businesses, restaurants and now music festivals have decided to plug in to these virtual worlds that are revolutionizing the way we use the Internet

The 8th edition of Le Phoque OFF music festival, will run all of next week, worldwide, in the Metaverse!

From February 21st to the 25th , Quebec City’s premier alternative music festival, Le Phoque OFF, reinvents itself in groundbreaking fashion to present its eighth edition entirely in the NOWHERE metaverse.

Through showcases pre-recorded live on stage, music lovers will once again be able to discover the hidden gems of the Quebec and Franco-Canadian alternative music scenes, in addition to musical acts from Mexico and France.

For its eight edition, Le Phoque OFF has made it a mission to be more inclusive than ever and to further open its doors to diversity. As always, the lineup is an eclectic mix of alternative and groundbreaking artists, and this year is no different.

Writing The Next Chapter of The Metaverse: RFOX MetaHack 2022