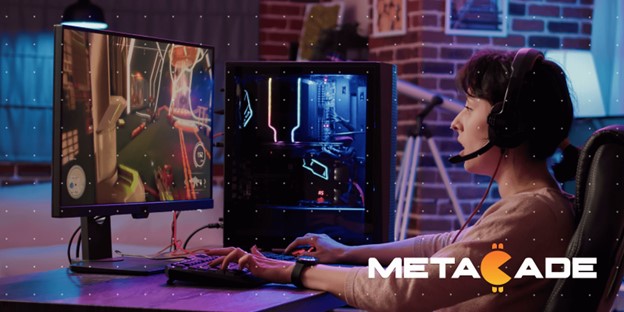 Metaverse gaming is one of the hottest up-and-coming industries in crypto. But the sector is still searching for its break-out products. Two of those might be Metacade and Alien Worlds.

Want to learn why? Keep reading. We’re breaking down everything that you need to know about these two up-and-coming projects and how they could flip the metaverse gaming industry on its head below.

The Potential of Metaverse Gaming

Before we dive into the specifics of Alien Worlds and Metacade, it’s worth taking a moment to look at the potential for this industry as a whole.

The gaming market was valued at nearly $200 billion in 2021. There are also 3.24 billion gamers in the world. That’s a massive amount of capital and users that have yet to be onboarded to the Web3 ecosystem.

For all of its growth, crypto is still a relatively niche industry. If it can successfully onboard billions of gamers across the planet, that could change very quickly. This is why projects like Metacade and Alien Worlds have such high ceilings, which we’ll cover more in-depth in the following sections.

Metacade is the ultimate web3 community hub for gamers. You can think of it as a virtual arcade, where people can meet up with friends, play games, and even advance their careers. The developers have a community-centered vision that favors grassroots organisation and collective action over venture capitalists. All of this makes Metacade the world’s first community-developed play to earn crypto arcade.

Speaking of play to earn, Metacade users will be able to earn $MCADE tokens by playing arcade games and participating in the community. This gives gamers the opportunity to make money doing what they would already be doing in their free time.