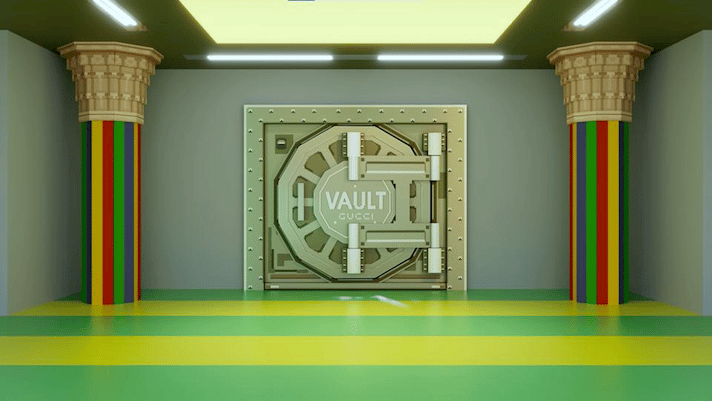 In an October 27 press release, the luxury brand Gucci confirmed launching the new fashion store in The Sandbox. The experimental concept store, Gucci Vault Land, will be available from October 27 to November 9.

During that period, Gucci Vault Land will exist as a private event outside the typical seasons of The Sandbox. The event will allow users to purchase eight voxel digital collectible clothing items, hats, skate ramps, and even cars.

In addition, as a bonus to the Gucci Vault community, players holding Gucci Vault NFT collections, such as Super Gucci and Gucci Grails, will receive a Gucci Vault Aura collectible, a piece of wearable fashion for avatars within The Sandbox.

Envisioned by the Creative Director Alessandro Michele, the new concept store will feature carefully curated rare vintage Gucci pieces, the dialogues between contemporary creators and the House, the enthusiasm for NFT artworks, and the magic that arises when all these different facets combine.

The metaverse project will allow players to enjoy the Vault’s experimental essence at 360° through play-to-know narrative and compete for activities, such as motorcycle racing, for a chance to win its native reward token, SAND.

In the meantime, Gucci Vault Land is open for all, and no NFT or ticket is required. According to Gucci, the ultimate goal of this metaverse project is to educate the Web3 community on Gucci’s heritage through gamification.