Are You Missing Out on the Metaverse? 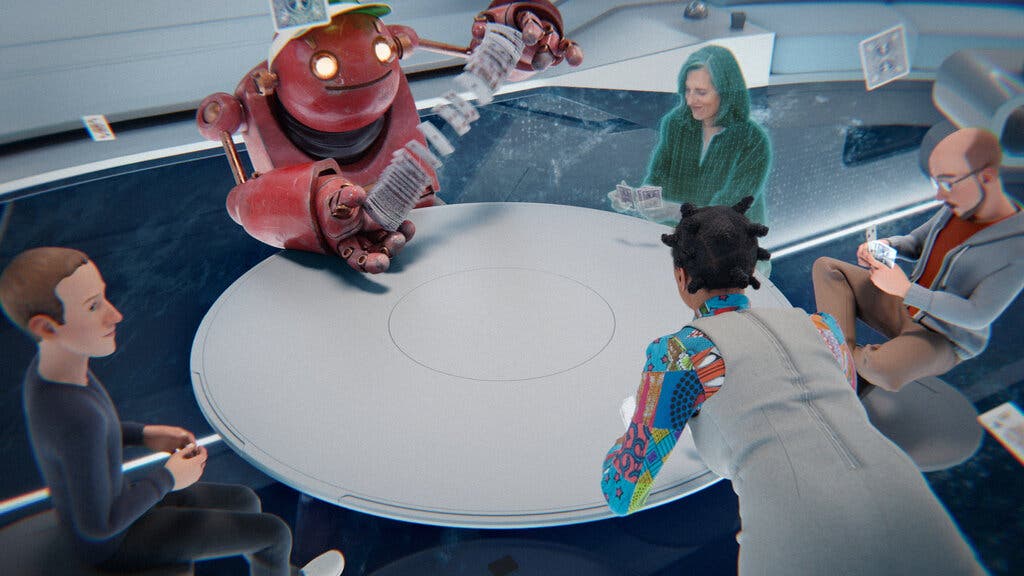 If you have an internet connection, you’re probably familiar with the feeling. Something new starts happening online. People seem really excited about it. Suddenly you’re curious. (Sure, I’ll join TikTok.) Or maybe you feel dread. (Am I too late to buy crypto?) Everyone at some point fears missing out on something.

Speaking of which, have you heard about the metaverse? Even if you didn’t tune into Mark Zuckerberg’s 81-minute video disquisition last week on the future of human interaction, which culminated with the rebranding of Facebook as Meta, the term has been bubbling up this year. Leaders in technology, entertainment and fashion have rushed to stake their claim in it, though few seem to agree about what exactly it is. The important thing is that it’s coming.

Conversations about the metaverse reduce the feeling of FOMO to its barest, most generalized form. “Metaverse” — the term — was coined by Neal Stephenson in his 1992 novel, “Snow Crash,” and has recently been hurled into such wide and varied use that it has come to mean something no more specific than the future. Who wants to miss out on that?

Well, to be fair, lots of people. And they have their reasons. For now, talk of the metaverse is mainly a branding exercise: an attempt to unify, under one conceptual banner, a bunch of things that are already taking shape online.

Matthew Ball, a venture capitalist who writes about the metaverse, has described it as “a sort of successor state to the mobile internet,” which is helpfully demystifying: The metaverse describes the way in which several emerging technologies — cryptocurrencies, NFTs, online game platforms like Roblox, and mixed and virtual reality hardware, including Facebook’s Oculus, for example — may grow and overlap. In Mr. Zuckerberg’s words: “I believe the metaverse is the next chapter for the internet, and it’s the next chapter for our company too.”

As a point of comparison, Mr. Ball often looks to the smartphone era, which changed our relationship with technology in ways that were as profound and shocking as they now seem banal.

Think back 10 years to when smartphones and apps were new, and social media was on the rise. Lots of people believed that the supercomputer-in-your-pocket era would change, well, a lot of things, even if they didn’t quite know how. Metaverse boosters, who can seem eager to just jettison the last era’s baggage, believe we’re on the cusp of even bigger changes.