As Facebook plans the metaverse, it struggles to combat harassment in VR 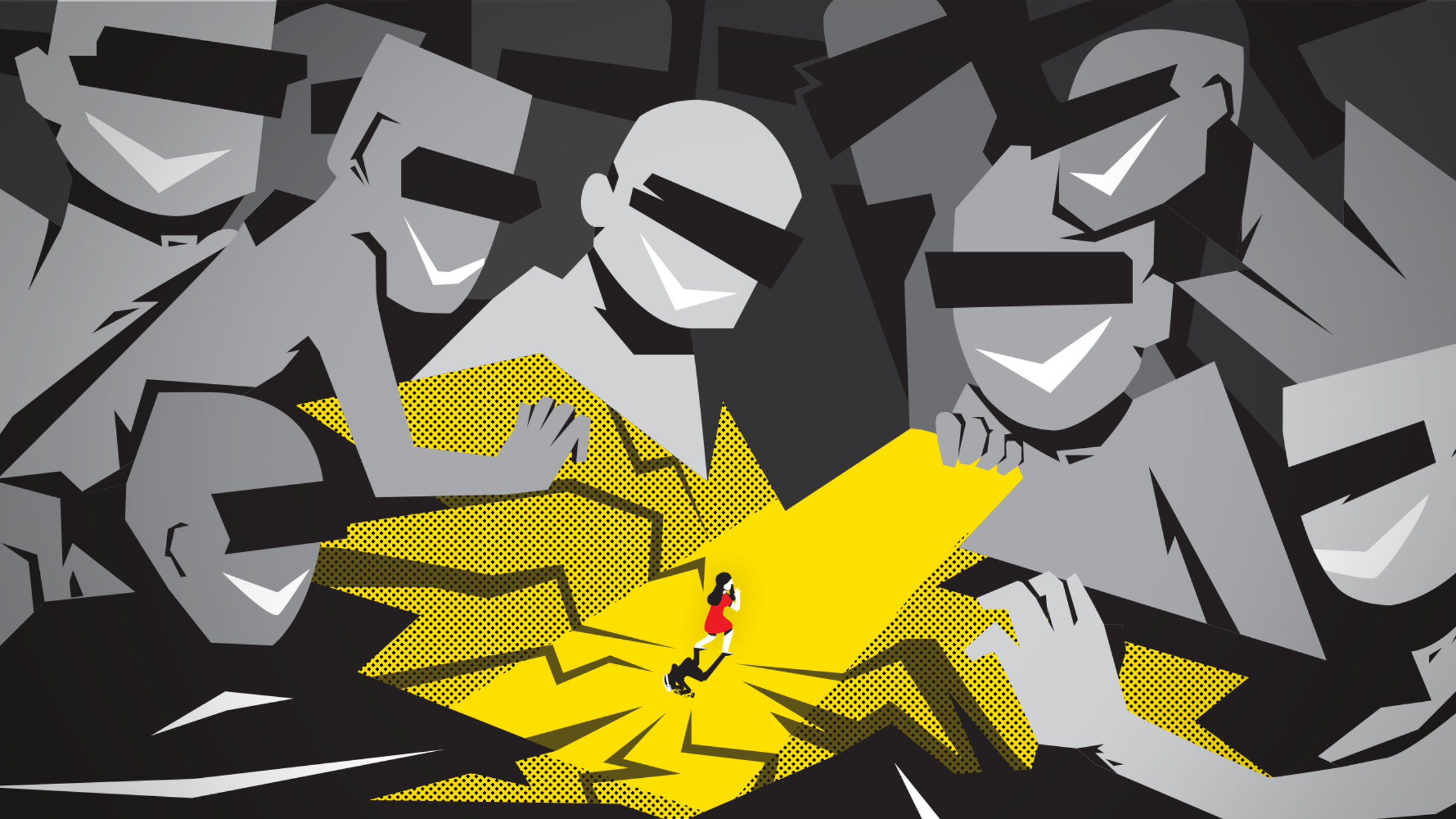 Sydney Smith had dealt with lewd, sexist remarks for more than a month while playing the Echo VR video game. But the 20-year-old reached her breaking point this summer.

Echo VR places players in the bodies of futuristic robots, allowing them to compete in a zero-gravity sports game that’s similar to Ultimate Frisbee. Players, each identified by a username that floats above their avatar, split up into two teams and score points when they throw a disc through an opponent’s goal.

In July, Smith was playing the game on an Oculus Quest 2 headset when she missed catching the disc and uttered the F-word out of frustration. A player, who’d been hurling insults at her teammates earlier, quickly took notice. The player taunted Smith, telling the Missouri resident that he’d recorded her and was going to “jerk off” to her cursing.

Smith tried to figure out which player had harassed her, so she could file a report. But that was tough because multiple people were talking at the same time. Since she hadn’t been recording the match, Smith couldn’t rewatch the encounter and look for a username.

“That really really bothered me,” Smith said of the incident. “I couldn’t touch the game for two weeks after that.”

Smith isn’t the only virtual reality player who’s had trouble reporting an ugly run-in. Though Oculus and Echo VR, both owned by Facebook, have ways to report users who violate their rules, people who’ve experienced or witnessed harassment and offensive behavior in virtual environments say a cumbersome process deters them from filing a report. Content moderators have to examine a person’s behavior, as well as words. (Oculus’ VR policy says users aren’t allowed to follow other users against their wishes, make sexual gestures or block someone’s normal movement.)

As Facebook focuses on creating the metaverse — a 3D digital world where people can play, work, learn and socialize — content moderation will only get more complex. The company, which recently rebranded as Meta to highlight its ambitions, already struggles to combat hate speech and harassment on its popular social media platforms, where people leave behind a record of their remarks. The immersive spaces such as Horizon Worlds envisioned by CEO Mark Zuckerberg will be more challenging to police.