Facebook takes a step toward building the metaverse, opens virtual world app to everyone in U.S. 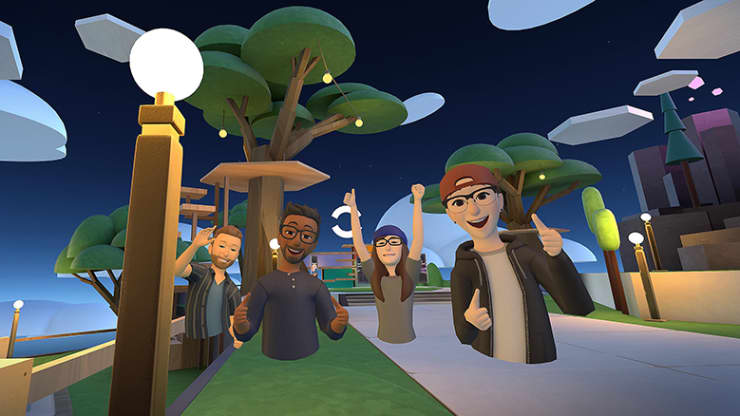 Facebook on Thursday announced that it is opening up Horizon Worlds, its virtual reality world of avatars, to anyone 18 and older in the U.S. and Canada.

Horizon Worlds launched in beta last year to select Oculus VR users, who answered invitations to join the virtual world. With the announcement on Thursday, users will no longer need to be invited.

The broader launch of Horizon Worlds is an important step for Facebook, which officially changed its name to Meta in October. The company adopted the new moniker, based on the sci-fi term metaverse, to describe its vision for working and playing in a virtual world.

In Horizon Worlds, users of Facebook’s Oculus virtual reality headsets can create a legless avatar to wander in the animated virtual world. There, they can play games and interact with other users’ avatars.

Facebook acquired Oculus for $2 billion in 2014, and has since struggled to get market traction beyond a niche audience. But the company has made building technologies, products and services for the metaverse a central focus.

In July, Facebook, run by CEO Mark Zuckerberg, announced the formation of a team that would work on the metaverse. Two months later, Andrew “Boz” Bosworth, who is currently head of the hardware division, was elevated to the role of chief technology officer, starting in 2022. And in its third-quarter earnings results in October, the company announced it will break out the Reality Labs hardware division into its own reporting segment in the fourth quarter.

Also in October, Facebook said it will spend about $10 billion over the next year developing technologies to build the metaverse.

“Our hope is that within the next decade, the metaverse will reach a billion people, host hundreds of billions of dollars of digital commerce, and support jobs for millions of creators and developers,” Zuckerberg wrote in October.