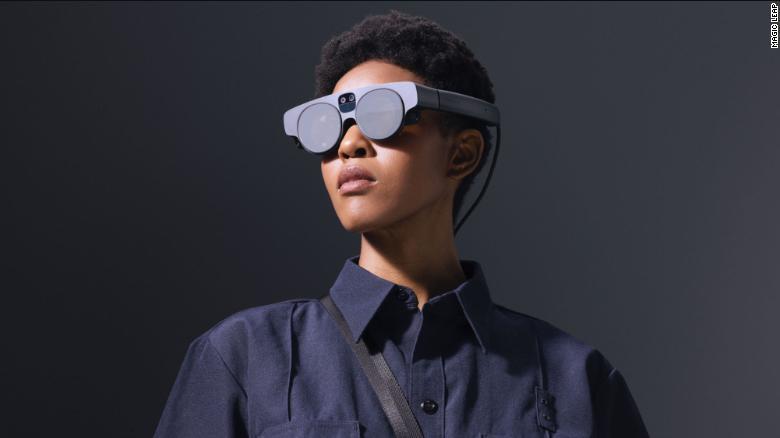 I couldn’t help but stare at the snowcapped peaks towering over a valley on fire, all on top of a table in front of me. The flames resembled a lava flow, slowly scorching fields as they moved toward a forest.

But the scene wasn’t real.

It was all digital graphics, beamed from an augmented reality headset from Magic Leap that covered my eyes. The company plans to release the headset, Magic Leap 2, sometime during the summer at an undisclosed price.

The new product comes as enthusiasm about AR and its sibling technology, virtual reality, is high, a consequence of rising interest in the so-called metaverse. The metaverse is an immersive virtual world that can be accessed through VR or AR headsets.

Mark Zuckerberg recently rebranded Facebook’s parent company to Meta in the belief that the metaverse is the future of computing. Other companies like Disney, Epic Games, and Microsoft have also promoted the technology, reviving enthusiasm for virtual worlds that had ebbed recently after the initial buzz around six years ago.

At that time, companies like Oculus VR (which Meta bought in 2014) and HTC were just beginning to sell VR headsets. While some consumers bought those headsets, primarily for video gaming, they weren’t as popular as had been hoped or put to other uses such as in the workplace for training or marketing.

Despite the latest metaverse buzz, Magic Leap CEO Peggy Johnson is reluctant to associate her company with the term. She acknowledged the “hype around that word,” but added that she wants Magic Leap to stay “focused on our plan” of pitching its technology to corporate customers rather than consumers.

Still, Johnson said the metaverse concept has returned the spotlight to VR and AR, and she believes that her company’s headsets will play a significant role in whatever comes next. She just doesn’t want to tie too much of Magic Leap’s image to the metaverse concept in case the trend sputters.

Johnson is avoiding the marketing strategy of her predecessor, Rony Abovitz, who founded Magic Leap and promoted the company’s technology as life-changing and borderline spiritual. The company’s technology ultimately flopped as a consumer device, leading to Abovitz’s departure in 2020, followed by a $500 million investment round in which the company’s private valuation plunged from $6.7 billion to $2 billion, according to deal-tracking service PitchBook.https://f1d13587cc3bafdbde487eff65b19da5.safeframe.googlesyndication.com/safeframe/1-0-38/html/container.html

“We’re focused on delivering what we are saying we are delivering,” Johnson said.