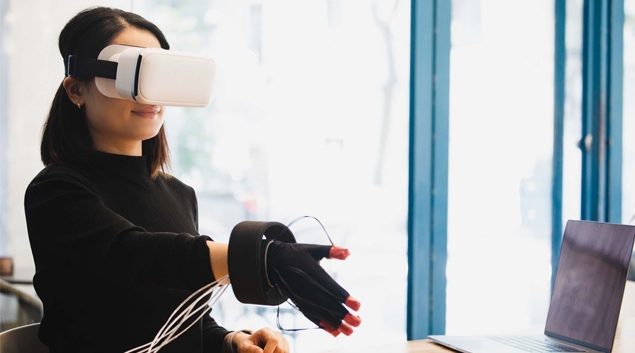 CVS Health has filed for a trademark that would allow it to sell goods and services in the metaverse, according to a document filed with the U.S. Patent Trade Office.

A metaverse is a network of three-dimensional virtual worlds. It’s sometimes described as a version of the internet that functions as a single, digital world facilitated by the use of virtual and augmented reality headsets.

In the filing, CVS Health said it wants to trademark its logo and establish an online store, as well as create downloadable virtual goods ranging from prescription drugs to beauty and personal care products.

It is the first pharmacy to do so, though trademark attorney Josh Gerben said there’s been a flurry of mataverse filings since Facebook announced the name Meta, according to CNBC .

CVS also wants to transition some of its in-store health services to a virtual setting, such as non-emergency medical treatment services, wellness programs, nutrition advisory services, and health lifestyle and nutrition counseling.

The company will create its downloadable virtual goods using blockchain technology, and digital assets and collectibles will be sold as non-fungible tokens (NFTs).

NFTs are poised to become a significant source of revenue for companies operating in the virtual realm, positioning CVS to potentially tap into a new and burgeoning market opportunity.