Do You Care About the Metaverse More Than Mark Zuckerberg? 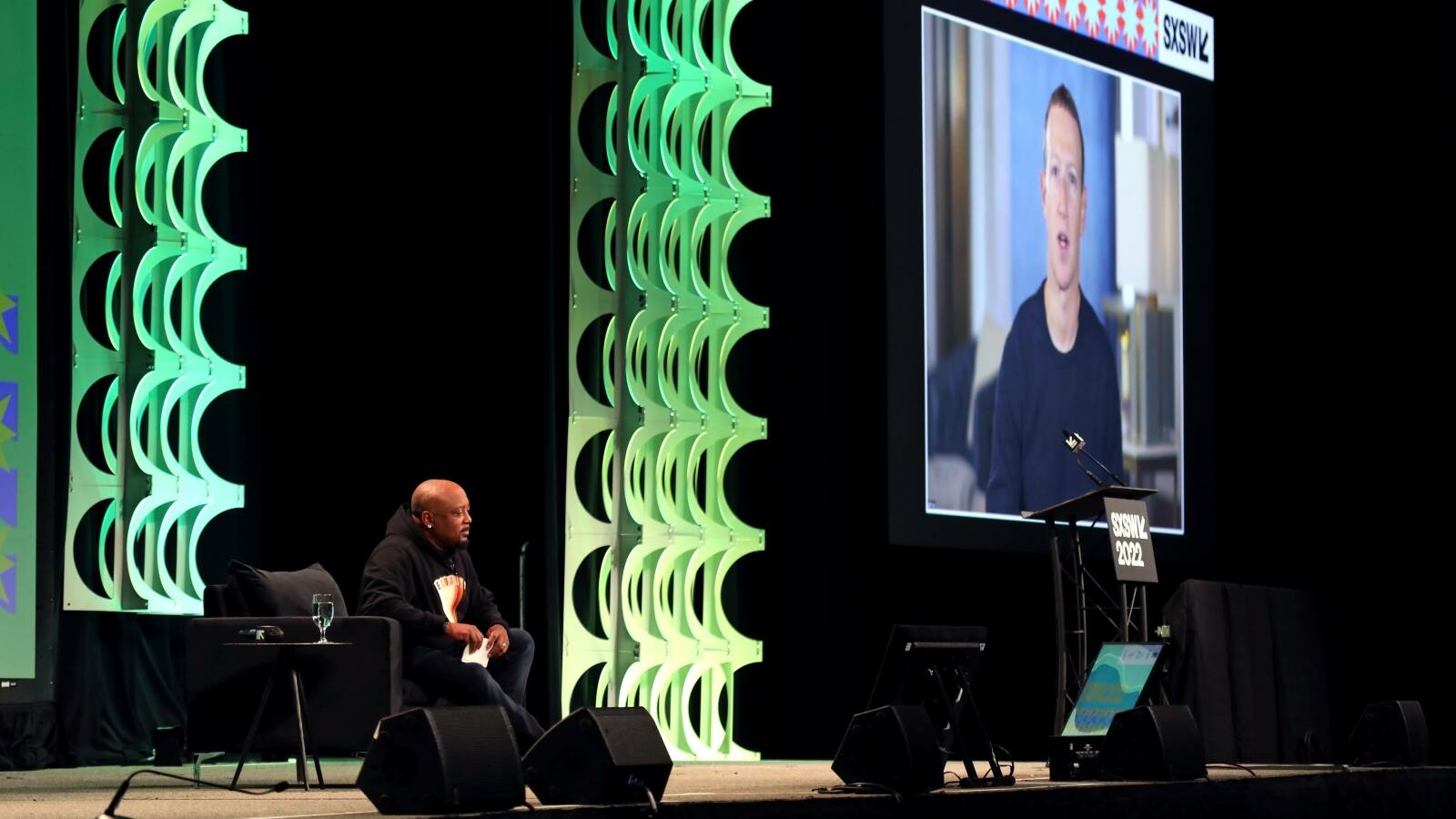 AUSTIN–At an event celebrating in-person networking for its first time since 2019, Mark Zuckerberg appeared by video to tout the joys of meeting via augmented and virtual reality in what he’s chosen to call the “metaverse.”

“I believe the metaverse is the next chapter of the internet,” the Meta Platforms CEO told Daymond John of Shark Tank in a panel Tuesday at the SXSW conference here.

Zuckerberg argued that head-mounted computing using high-resolution displays and precise sensors will recreate the sense of meeting IRL, and ultimately supplant mobile just as the mobile web overtook the desktop web. “You’ll be able to feel like you’re right there with the other person,” he said. “It’s an extremely magical sensation.”

Asked by John if there will be one metaverse or many, Zuckerberg said the company formerly known as Facebook aims to be one of many virtual-world builders.

“A metaverse isn’t a thing that a company builds,” he said. “You wouldn’t say that Facebook was building an internet before. I don’t think you’d say that Meta is building a metaverse now.”

Zuckerberg added that interoperability will be essential; he wants to make sure people can bring their avatars and their attire to different companies’ virtual words.

He further nodded to diversity. “It’s really important that people be able to see themselves in the systems getting built,” he said. “We’ve been pretty careful to include things like wheelchairs and hearing aids and things like that in the avatar system.”

Zuckerberg suggested that making a mass-market-palatable set of augmented-reality glasses will be harder than making a VR headset that everybody would want to strap on. “We’re probably a few years away from the first thing that does what you’d call augmented reality and looks like glasses,” he said.

Zuckerberg also shared one bit of news: Meta’s Instagram app will add support for non-fungible tokens “over the next several months,” including both the ability to import these cryptocurrency tokens and mint others in the app.