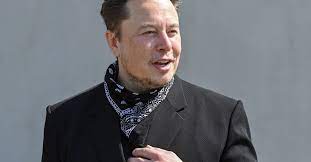 The metaverse and Web3 are two trends supposedly set to revolutionize the digital world. But the richest man IRL, Elon Musk, is not keen on either. In a recent interview, the SpaceX and Tesla CEO said he couldn’t see a compelling use-case for the VR-driven metaverse, and derided Web3 — a nebulous concept in which internet services are rebuilt around blockchain and cryptocurrency — as “more marketing than reality,” adding “I don’t get it.”

Musk admitted that he might just be “too old” to understand these new technologies. “Am I like one of those people who was dismissing the internet [in] ‘95 as some fad or something that’s never going to amount to anything?” he suggested, before noting that in 1995 he was very much one of the individuals who understood the potential of the internet.

Musk’s criticism of the metaverse focused on a lack of compelling use-cases and a disappointing experience for consumers. “Sure you can put a TV on your nose. I’m not sure that makes you ‘in the metaverse,’” he said. “I don’t see someone strapping a frigging screen to their face all day and not wanting to ever leave. That seems — no way.” He later added: “I currently am unable to see a compelling metaverse situation.”

Right now, the “metaverse” is mostly an over-hyped branding exercise for a series of virtual worlds, some of which are dependent on VR headsets to access. Critics point out that we’ve basically tried all this technology before, with the failed VR boom of the ‘90s and the rise of spaces like Second Life in the early 2000s. What this current iteration mainly offers is improved hardware, a flashy new title, and billions of dollars of backing from giants like Facebook-owned Meta, keen to control what they see as the next big digital platform.

Web3 is another alternative vision for the future of the internet, with much boosterism driven by the idea that ordinary internet users will be able directly profit from their content and activity online (rather than having this value captured by a few behemoth internet companies). Musk didn’t spend much time discussing Web3, but he’s previously expressed skepticism about the project on Twitter, joining fellow tech CEO Jack Dorsey. (Dorsey’s criticism is that Web3 won’t democratize anything, but will simply shift power from existing incumbents like Facebook to upstart venture capital funds like Andreessen Horowitz.)

Elsewhere in the interview with The Babylon Bee — a conservative and Christian humor site — Musk discussed climate change (“I’m not in the camp of super-alarmist global warming,” he said, but added that negative effects like rising sea levels are “not a wise risk to take”), the existence of other life in the universe (“If anyone would know about evidence of aliens it would be me, and I’ve seen nothing”) and said there should be a regulatory agency to oversee “advanced AI” that he thinks poses a threat to humanity.