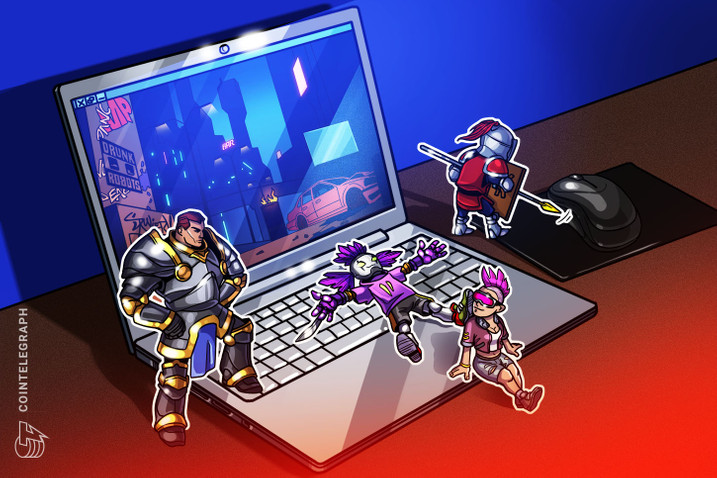 Blockchain games and NFT-related Metaverse projects “managed to sidestep the ensuing bear market” by posting transaction count increases of 9.5% and 27% respectively in Q2.

Blockchain gaming and the Metaverse have managed to “sidestep” the “Lehman brothers-like” collapse of Terra in May — though decentralized finance (DeFi) and nonfungible tokens (NFTs) haven’t been so lucky, a report says.

In a Friday report from decentralized application (DApp) data aggregator DappRadar, the collapse of Terra in May was similar in scale to the 2008 subprime mortgage crisis — causing DeFi, NFTs and firms such as Three Arrows Capital (3AC), Celsius and Voyager to cop the brunt of Terra’s destruction:

“It is becoming clear that the Terra debacle has become a Lehman brothers-like event that has sent shockwaves across the entire breadth of the crypto industry and aftershocks that will affect us for many months.”

However, DappRadar noted that blockchain gaming and metaverse projects showed either minimal drawbacks or even positive signs of growth in the same period.

The report compares different metrics to show how the Terra collapse (during mid-Q2) impacted the performance of various sectors in crypto between the first two quarters of this year.

One key metric the report looks at is transaction count, or the total number of completed transactions, which essentially shows user engagement. DeFi and NFTs saw the biggest drops with 14.8% and 12.2% apiece, while blockchain games and NFT-related metaverse projects “managed to sidestep the ensuing bear market” by posting increases of 9.51% and 27% each.

The report also added that while the average amount of activity from unique active wallets (UAWs) in NFTs dropped by a hefty 24% in Q2, blockchain gaming saw a drop of just 7%, suggesting that users continue to interact with gaming DApps “at a more or less the same rate as before the Terra incident.”