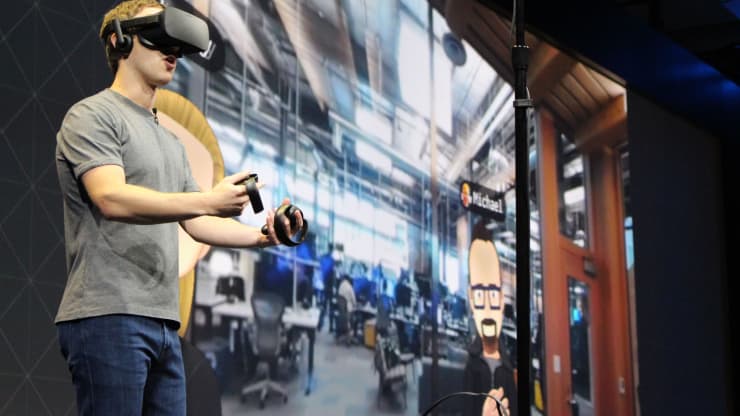 It’s either the next evolution of the internet or the latest corporate buzzword to get investors excited over some nebulous innovation that may not even come to pass over the next decade.

Either way, tech companies — primarily Facebook — are increasingly boosting the concept of the “metaverse,” the classic sci-fi term for a virtual world you can live, work and play inside. If you’ve seen the movie “Ready Player One,” you have a pretty good idea of what the metaverse is: Strap on a set of computerized glasses, and you’re transported into a digital universe where anything is possible.

Facebook CEO Mark Zuckerberg is the most bullish on the concept, announcing his plans earlier this month to pivot Facebook from a social media company to a metaverse company in the coming years.

It’s less clear how tech companies can profit off the metaverse concept.

Zuckerberg, his executive team and Wall Street analysts spent a lot of time on the company’s earnings call on Wednesday discussing the metaverse, how much it’ll cost Facebook to build and how Facebook plans to profit from it.

In fact, “metaverse” was mentioned 20 times on the hour-long call. There were 28 mentions of advertising, Facebook’s core business that brought in more than $28 billion in revenue for the quarter.

Here’s the business case Zuckerberg and his team made for Facebook’s investment in the metaverse:

Facebook will sell the hardware, but that’s not where the real money comes from. Zuckerberg said on the earnings call that Facebook’s goal is to sell its headsets as cheaply as possible and focus on making money through commerce and advertising within the metaverse itself.