Mark in the Metaverse 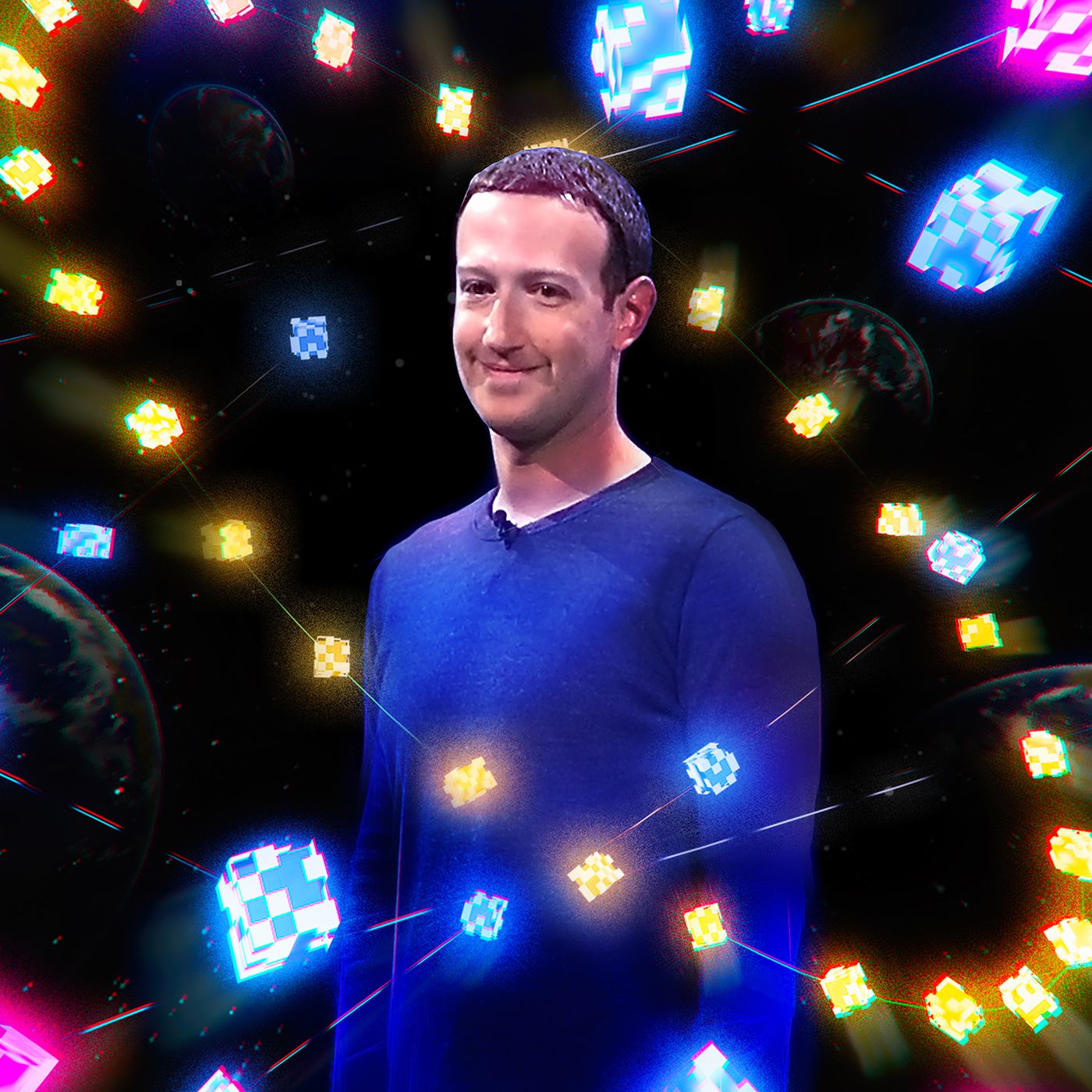 As June came to an end, Facebook CEO Mark Zuckerberg told his employees about an ambitious new initiative. The future of the company would go far beyond its current project of building a set of connected social apps and some hardware to support them. Instead, he said, Facebook would strive to build a maximalist, interconnected set of experiences straight out of sci-fi — a world known as the metaverse.

The company’s divisions focused on products for communities, creators, commerce, and virtual reality would increasingly work to realize this vision, he said in a remote address to employees. “What I think is most interesting is how these themes will come together into a bigger idea,” Zuckerberg said. “Our overarching goal across all of these initiatives is to help bring the metaverse to life.”

The metaverse is having a moment. Coined in Snow Crash, Neal Stephenson’s 1992 sci-fi novel, the term refers to a convergence of physical, augmented, and virtual reality in a shared online space. Earlier this month, The New York Times explored how companies and products including Epic Games’ Fortnite, Roblox, and even Animal Crossing: New Horizons increasingly had metaverse-like elements. (Epic Games CEO Tim Sweeney has been discussing his desire to contribute to a metaverse for many months now.)“WE WILL EFFECTIVELY TRANSITION FROM PEOPLE SEEING US AS PRIMARILY BEING A SOCIAL MEDIA COMPANY TO BEING A METAVERSE COMPANY”

In January 2020, an influential essay by the venture capitalist Matthew Ball set out to identify key characteristics of a metaverse. Among them: it has to span the physical and virtual worlds; contain a fully fledged economy; and offer “unprecedented interoperability” — users have to be able to take their avatars and goods from one place in the metaverse to another, no matter who runs that particular part of it. Critically, no one company will run the metaverse — it will be an “embodied internet,” Zuckerberg said, operated by many different players in a decentralized way.

Watching Zuckerberg’s presentation, I couldn’t decide which was more audacious: his vision itself or his timing. Zuckerberg’s announced intention to build a more maximalist version of Facebook, spanning social presence, office work, and entertainment, comes at a time when the US government is attempting to break his current company up. A package of bills making its way through Congress would potentially force the company to spin out Instagram and WhatsApp, and limit Facebook’s ability to make future acquisitions — or offer services connected to its hardware products.

And even if tech regulation stalls in the United States — historically not a bad bet — a thriving metaverse would raise questions both familiar and strange about how the virtual space is governed, how its contents would be moderated, and what its existence would do to our shared sense of reality. We’re still getting our arms wrapped around the two-dimensional version of social platforms; wrangling the 3D version could be exponentially harder.