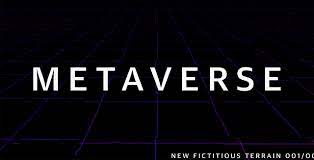 The tech buzzword of the season is “metaverse.” Facebook kicked the craze into high gear at its Connect conference in late October, featuring an hour-long image-rehabilitation video where Mark Zuckerberg revealed the company’s new name, Meta, and showed off a vague digital-first future called the metaverse.

Dedric Reid has been selling his own version of the metaverse on and off for the past five years. He calls it MetaWorld and describes it as a persistent, decentralized space filled with life and change. It’s a “10,000 square mile vast-scale simulation, owned by community and run by community,” according to Reid. He’s said it’s his life’s work.

Like many other organizations at the moment, Reid has been using the buzz around the metaverse to ramp up his own promotional efforts. MetaWorld has a slick website, a fresh YouTube channel, a new Discord server and Reid hosts daily chats on Clubhouse. He recently launched a marketplace where he’s selling digital parcels of land and property as NFTs.

In the MetaWorld Discord server, a “press” channel lists articles from Engadget, Alphr, TechRadar, UploadVR, VentureBeat, Tom’s Hardware, Variety and CNBC, and links to a video from New Scientist magazine.

“Interesting that you think you can do the same scam again,” Wolf said.

“What’s interesting is that you think that you can stalk and harass me,” Reid wrote back. The confrontation continued with Reid accusing Wolf of being a troll, and Wolf claiming MetaWorld was a scam. The exchange has since been deleted, and Wolfssskin banned from the server.

However, Wolf is active on another Discord server — this one also called MetaWorld and also created by Reid, though he hasn’t posted in it since 2019. The old server is full of angry users who say they gave Reid their money between 2016 and 2018 to join MetaWorld, and believe they were scammed.

Reid’s final message in the old MetaWorld Discord server was posted on September 6th, 2019: “Check updates on the updates channel in coming weeks … I’ll also be around with mods for discussion all week.” No update ever came, and in the two years since, the old server has become a guide to the seven stages of grief.

“It’s disgusting to think that they have just left paying customers with not even a response,” a user named LordGirthVader wrote in June 2020.

“Yeah but that’s the thing,” another user named Floogey responded, “We weren’t actually customers, we were victims.”