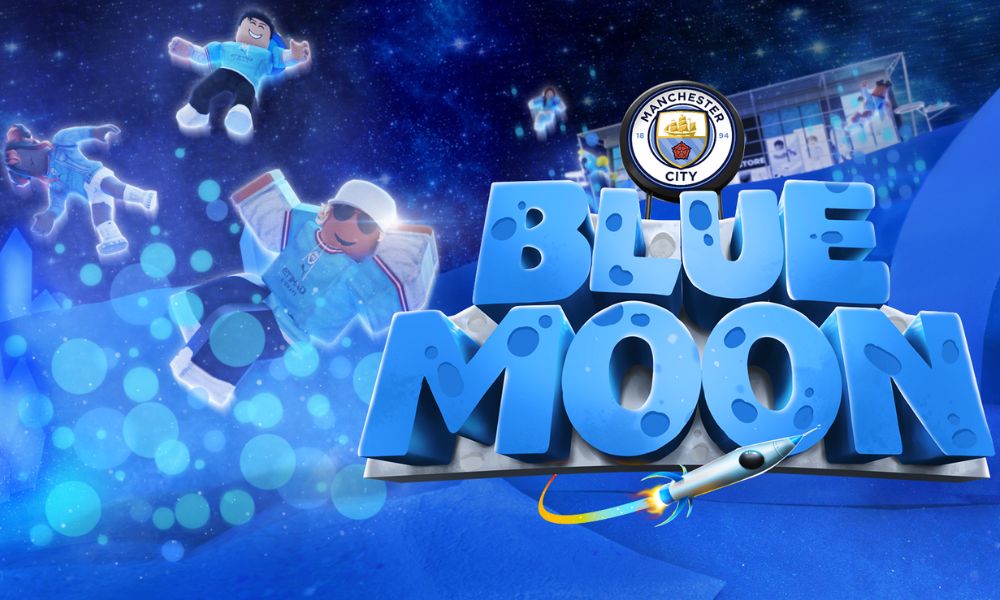 City are the Premier League’s first team to launch an experience on Roblox, as the club takes its latest stride into the metaverse.

The ‘Blue Moon’ offering, launched in collaboration with virtual experiences company Karta, follows City’s first item release on the Roblox marketplace in May of scarves celebrating the team’s 2021/22 title win.

Blue Moon’s activities include a minigame and virtual club store, with users able to play and watch ‘Moonball’ matches, compete for in-game rewards and interact with fellow Roblox users. Further upgrades, updates and events for the experience are set to arrive in the coming months.

For a limited time, City’s home shirt for the upcoming season will be available to unlock as a free item.

Manchester City will also feature in Roblox’s Goal Kick Simulator experience on the platform, where fans are offered limited edition items for their digital avatars.

On 15th July, City’s Premier League trophy tour will make its first virtual stop within the ‘Blue Moon’ experience, with users able to interact, collect unique items and take pictures with the trophy over a 48-hour period.