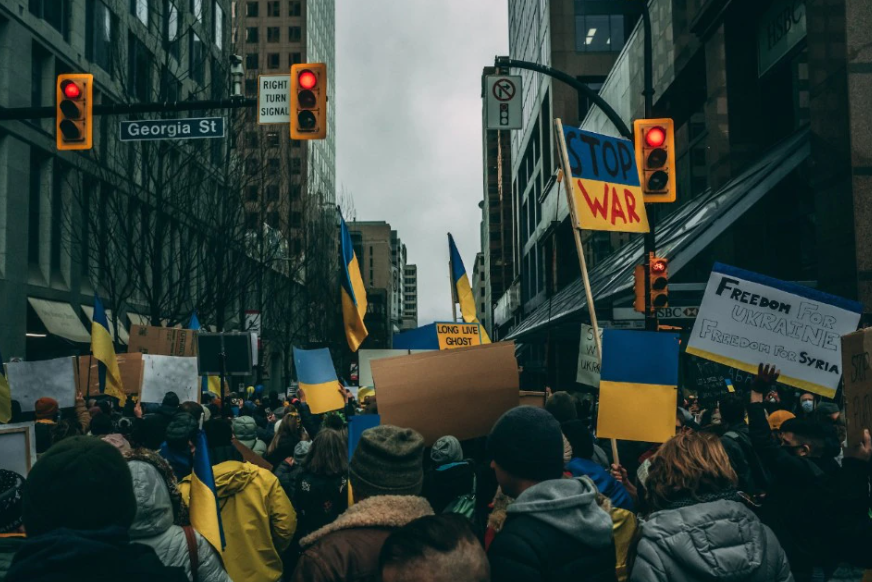 Besides Putin’s atrocities and the fatal mistakes made by Europeans and Americans, the invasion of Ukraine brings us to the heart of design and its current power, allowing us to understand why it is so important in our time. The invasion of Ukraine shines a new spotlight on the age-old history of borders, which have always been an archetypal form of – military, more than civilian – design. It is in fact armies that move borders, and through them, they change the perimeters of states and cities, politics and economies, people and their hopes and dreams.

Since the dawn of humankind, this reality has never changed, except in a forgotten story written by Jorge Louis Borges in 1946 about an empire where the art of cartography attained such a level of perfection that it reproduced cities, provinces, and regions on a real scale. Borges recounts how this map overlapped and replaced the real empire, to the point of expanding and shrinking automatically as wars followed one upon the other until one day the Empire began to decay and disappeared – unlike its meticulous map, which despite what happened continued to live and float on air as the only, true, absolute reality.

For many years, things went exactly as Borges had described. After the end of the Cold War, people thought that maps had really replaced reality and therefore that design was more real than reality. The evolution of the Internet and OTTs such as Google and Facebook sped this effect up, making people believe that space and time had first shrunk, as Amazon Prime demonstrates, and then dissolved into that “desert of the real” that opens the film The Matrix. An infinite, rarefied landscape represents what remains of reality, or rather, of the reality that preceded the virtual, liquid, unstable reality of which the sociologist Zygmunt Bauman talked. In this new world, the individual struggles amid a constant flow of ever-changing big data, which prevents them not only from recognising what reality really is but also from understanding the meaning of things.