Facebook’s metaverse plans labelled as ‘dystopian’ and ‘a bad idea’ 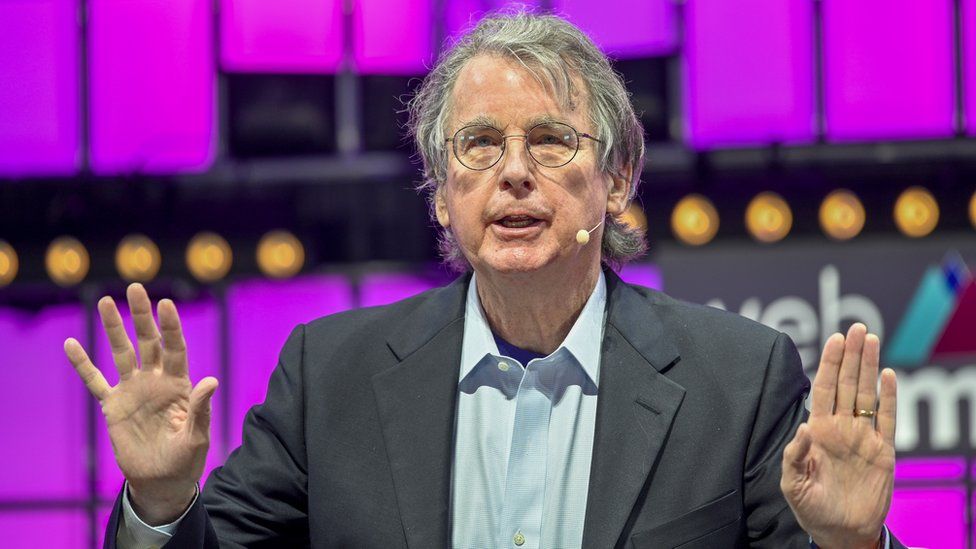 Meta, as Facebook is now known, is investing billions in the project.

But Roger McNamee told the BBC: “It’s a bad idea and the fact we are all sitting and looking at this like it’s normal should be alarming everyone.”

Meta’s chief product officer Chris Cox told attendees at the Web Summit in Lisbon that the idea would make “the internet less flat”.

He said it would be considerably better than video conferencing as a space for meetings.

However, speaking at the same event, Mr McNamee was highly sceptical.

“Facebook should not be allowed to create a dystopian metaverse,” he said.

The term metaverse was coined in the 1990s in a science fiction novel Snow Crash, where it served as a virtual reality successor to the internet.

Mr McNamee became a critic of Facebook as he began to see more misinformation on the platform. He said he was not convinced the metaverse would be safe in chief executive Mark Zuckerberg’s hands.

“There’s no way that a regulator or policymaker should be allowing Facebook to operate there [in the metaverse] or get into cryptocurrencies,” he said.

“Facebook should have lost the right to make its own choices. A regulator should be there giving pre-approval for everything they do. The amount of harm they’ve done is incalculable.”

Mr Cox, speaking for Meta, put forward a different view – that the metaverse idea is the next step for the internet as a whole, not just for his company.

“Technology often starts in lower resolutions versions of what it becomes,” he said.

Feedback from Meta’s Oculus virtual reality headset users was that the technology, which was improving all the time, could be “incredibly fun”.

Mr Cox told Nicholas Carlson, editor-in-chief of news publication Insider, that his own dabbling in the metaverse included hosting meetings and entertainment for staff.

He said he and his wife had watched a comedy show with Facebook employees in which everyone appeared as avatars: “Twenty of us in the room, co-workers, all laughing together.”

That same technology was a good alternative to video calls, he argued.