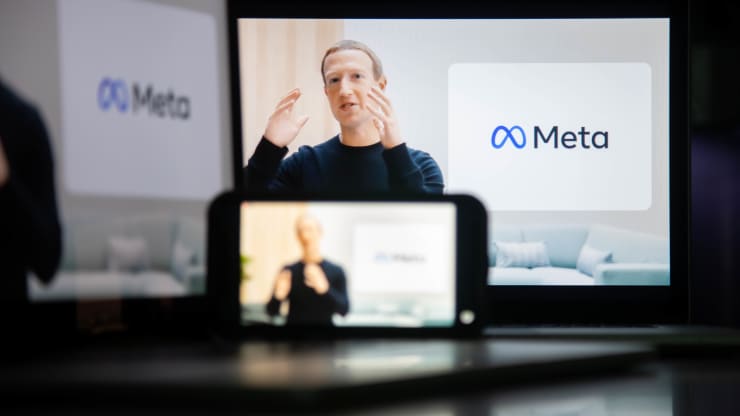 By changing Facebook’s name to Meta, Mark Zuckerberg has made it clear he thinks the future of the internet lies in something called the “metaverse,” a virtual world where people will live, work and play.

It’s a futuristic idea — but the term’s origin actually comes from the past. Almost 30 years ago, in fact.

Author Neal Stephenson coined the term “metaverse” in his 1992 science-fiction novel “Snow Crash,” which envisions a virtual reality-based successor to the internet. In the novel, people use digital avatars of themselves to explore the online world, often as a way of escaping a dystopian reality.

Last week, Stephenson told Axios that he has “never had any communication with Zuckerberg.” That might be good: If Meta fulfills all of Stephenson’s prognostications, its metaverse may not be such an idyllic place to spend the future.

Here’s what the author predicted 29 years ago, and how it compares to the virtual worlds that Meta and other tech companies are trying to build today.

Set in the early 21st century, “Snow Crash” imagines a bleak future: The global economy has collapsed, and federal governments have lost most of their power to a handful of giant corporations.

The metaverse is an escape, and the novel’s main character — a nearly broke computer hacker and pizza delivery driver who bears a tongue-in-cheek name, Hiro Protagonist — spends much of his time there. He accesses the metaverse by wearing goggles and “earphones,” and appears within the digital world as his own customized avatar.

Once there, avatars can stroll down a single wide street, tens of thousands of miles long, and home to amusement parks, shops, offices and entertainment complexes. People with lesser means often use public terminals to access the metaverse, and are generally looked down upon by users with superior technology.

And actions in the metaverse can have severe consequences: Much of the plot revolves around Protagonist trying to stop a computer virus that causes metaverse users to suffer real-world brain damage.