Meta Shows A Vision Of The Metaverse With Futuristic Headset Design 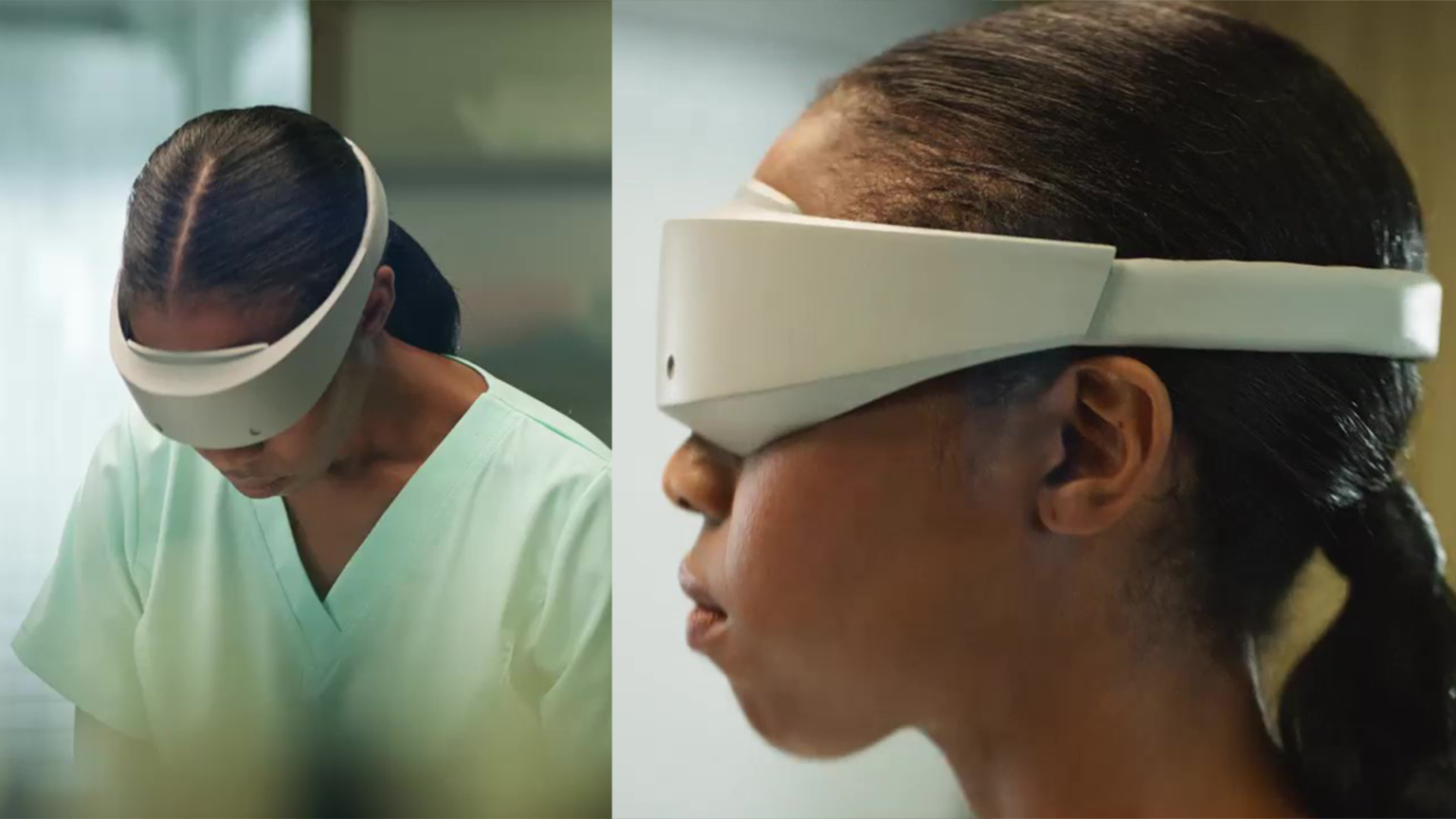 The video is featured on a new page titled ‘The impact of the metaverse’, pitching the potential positive impacts for society and specific industries. It shows a student attending a virtual university, a surgeon performing virtual surgery to train, and school children visiting ancient rome.

The student and surgeon are shown wearing a futuristic white headset, significantly slimmer than Quest 2. In fact, it’s even slimmer than the upcoming Project Cambria headset appears to be.

The concept also shows the surgeon using an input device attached to each fingertip. This is probably just a generic marketing concept. Meta has spoken about two distinct future input device paths, Haptic Gloves and EMG Wristbands. The advantage of gloves is that they can provide force feedback – the feeling that you’re really holding an object. The advantage of a wrist device is your hands are unencumbered to handle real life objects. Fingertip devices seem like the worst of both worlds.

The concept headset shown is almost certainly not an actual planned product. It looks to be just a 3D printed model, with holes cut in the front to represent cameras. But VR headset manufacturers tend to use 3D printed models to test ergonomics of potential designs, so this might point to a design language Meta is exploring for future headsets.